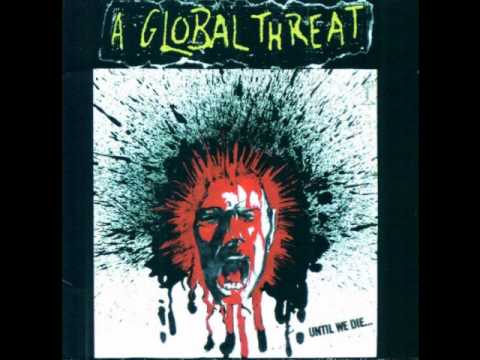 see it on t.v. it makes me sick to my stomach
people killing people because of their color
in texas, fucking bastards dragged a black man with a truck

as his body smashed and splattered they didn't give a fuck
i wouldn't give a fuck if a bullet struck them dead
stuck up on a burning cross as blood trickled down their head
those two fucking racist maggots shoul get ropes around their necks
as your body turns color you'll gasp your dying breath
the way you think, the way you think it makes me sick
the way you think is ignorant
the way you think it makes me sick
it's never too late for the hate to stop
clear your head and throw your propaganda out
don't blame your income or your problems on what someone can't choose
blame it on our corrupt nation: the red, the white, the screwed
being hassled or shit on because you're not white
living your life shouldn't have to be a fight
but it is a fucking fight as mindless nazis become cops
it's time to join together and make this madness stop
rally against them if they walk down your street
bearing swastike flags or wearing white sheets
as they chant white pride, spit in their face
let them know you think they are a disgrace
wake up white america, fuck off you cunt
an all white nation is something we're not
it's your life so try and live it
if you don't have it now, you're then never gonna get it