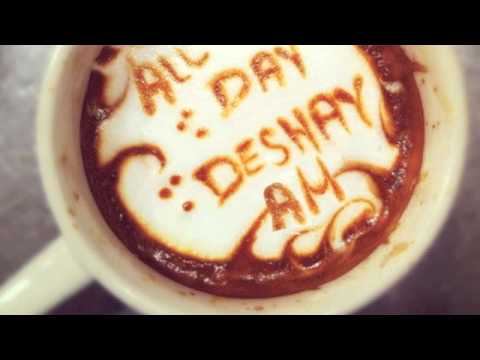 [Verse 1: Vic Mensa]
Check, love, uh, uh-uhmm... Today was a good day
When I say you bad, girl, I mean that in a good way
The winner is yours truly
I will be ready 'fore they giving awards to me
Congratulations, tell 'em that I'm on to the next one
Until I get a buzz like my phone when a text come
All my niggas in it, the music only reflects them
So I am doing deals until I got a couple to select from
Yeah, this on behalf of my team
And the green I got in my duffle bag from Supreme
And baby tell me that I don't be speaking it so it seem
Like I be thinkin' like I don't even know what y'all know a king
I'm in my own world, '94 Common shit
Don't compare me to niggas I have nothing in common wit'
I am the 2-3, the one drop a third
Homecoming drinking tequila, no Mountain Dew

[Hook: Vic Mensa]
And I'mma do it right
On my spring break shit
Shoutout to the girls I'm kickin' it at the lake wit'
Red cup sippin', burnin' L's by the pool house
Even when it's back and I'm feelin' like school's out
And I'mma do my own thing
So may the best man win, nigga, may the best man win
And I bail the fuck out, then I woke up gone
And now I'm workin' 'til tonight, but I'mma do it again
Let's get it

[Verse 2: brandUn DeShay]
Well there's a lot of people that was hopin' we gettin' last
Summer school dropout, but yo, the weave didn't pass
Ask my teachers, had no sequels, I was sleepin' in class
Had to buy a trillion books for all the people that asked
If they could sign my shit, yearbook full of phone numbers
Well I be goin' through some paper like hole punchers
But I be savin' like Jesus 'til I make more
These niggas look but don't buy like a bake store
Work a bit, play more, sit a bit, pray more
Girls love how I lay it down, Claymore
Catch me playing Black Ops or watching Adventure Time
If this your time, I suggest you get a new watch
I ain't a killer but don't push me
Revenge is like the sweetest joy next to pussy
No matter how many magazines a nigga is in
When he get smacked with reality he'll wish we was friends
It's for the win

[Verse 3: Vic Mensa]
Somebody tell 'em last part's the home base
I'm swingin' for the stands, 'bout to run in shit
Blowin' up, they say I'm the bomb on some hundred shit
Throwin' up the brainiac as if I couldn't stomach it
Give your girl a heat stroke, hotter than the summer get
I don't have to make 'em go, I got the shit they come to get
A Chicago McDonald's, I'm posted up in the front of it
Save money, nigga, get a Chase card
Double O, I'm ridin' on the track like a race car
See the way I'm puttin' words together like I ain't got a space bar
A Chicago world, I'm from the jungle where the apes are
Boy I said I'm comin' out swingin', set your guards up
Time for these candy-ass rappers to get their bars up
Kinda rockin' with it, my nigga, turnin' guitars up
Shootin' for the moon, a nigga wettin' the stars up
Shots fired, now I'm in it 'til the end
I'mma see 'em at the finish line, I'm going for the win