Lyrics to For Angela 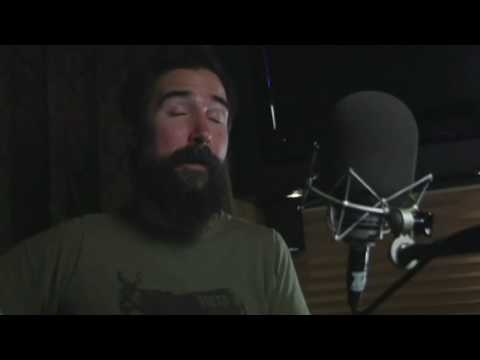 About your company today

Let me begin by saying
That normally, I avoid your store like the plague
But recently on a drive to Dallas
My car broke down on the side of the road
In West, Texas, not the direction
But the town called West

So still running from my earlier jump-start,
I drove on down the road,
and for the first time in my life,
Praying that I'd see a Wal-Mart

Now normally your store is like a virus
Like Miley Cyrus
In a teen magazine
Every five miles on the road,
Like a toad
A monstrous amphibian on the horizon,
Entirely blocking out the sun

But today Murphy's Law was riding shotgun
I didn't see one
For 47.5 miles

And as I drove into Lancaster, Texas
Alabaster, Albatross, it rose out of the darkness
And I cried tears of joy as I drove around the back
To the Tire and Lube Garage

And I jumped out with my car still running
I asked a jump-suited employee if he could change my battery
But he didn't have a smile for me
He said, "Forty-five minute wait"
But in forty-five minutes I was going to be late
To my very first show at Uncle Calvin's Coffee House
At a church in northeast Dallas

So I stood under the late afternoon sun
On the hot asphalt
My car continued to run...
And I thought, "this is the end of the line..."
I was running out of gas
And running out of time
Figuring I'd finish my days
In a Wal-Mart parking lot, in a heat-stroke haze

When an angel appeared at my side
And her name-tag read 'Angela,' she had pity in her eyes
She said, "Pull in to Bay number two, and pop your hood, and I'll see what I can do"
And she examined the dimensions of my battery
Said, "Yeah, I think we have that. I'll go get it for you."
And the sun began to feel like my friend
And when she returned, she had tools to lend
And Angela and I worked side-by-side
As though we'd worked together since the dawn of time
Five minutes later, when I tried to pay her,
She said, "Pay for the battery,
But you don't owe me anything"

As I turned to leave,
She said, "Write a letter to Wal-Mart
And tell them what you think of me"...

So Dear Customer Complaint Department,
I have nothing to complain about
In fact, I have nothing but good things to say
Please pass on my thanks to Angela today

And you should give her a raise...

And let her unionize