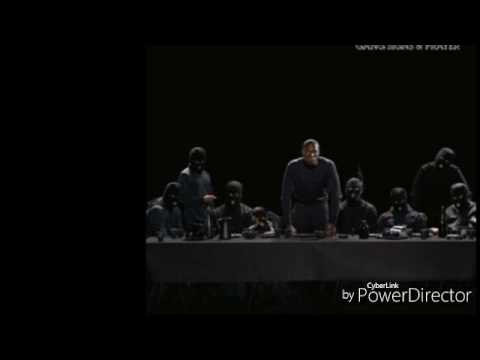 Like, alright, first things first, I've been putting in the work
I'm a rebel with a cause (with a cause)
Had problems with the fam

I had problems with the gang
But I put that shit on pause (put that shit on pause)
I've been gone for a while but I saw you niggas smile
When I cancelled all my tours (little pussies)
Someone tell 'em that I'm back
I don't never ever slack, grab my gun and go to war (boy)
I got brothers up in jail, going mad up in their cells
When you hear me, bang your doors (bang your doors)
Niggas moving chatty, someone tell them that I'm scatty
Bro, I'll pull up uninsured like (skkkkkrrr)
Running through my strip, rappers jumping on my dick
Just to build up a rapport (it's embarrassing)
I can tell them man are bitter
But they're begging it on Twitter, man, I swear I'm so appalled
Before he takes a shot, I'll shoot him first (shoot him first)
And poor mum, we was going through her purse (through her purse)
We were doing road and doing church
Looked the devil in his face like motherfucker, do your worst
Still here tryna' find another blessing
I'm over-loyal man I'll ride for what I'm repping
Dark times niggas dying in recession
You was fighting with your girl when I was fighting my depression, wait
Okay
Alright, first things first, coulda put you in a hearse
Man, I gave you boys a lifeline (lifeline)
I was scrolling through my tweets, had Adele up on repeat
And saw a madness on my timeline (on my timeline)
LBC's tryna' black ball me
And tryna' blame your boy for knife crime (like what?)
I don't use a shank, I got money in the bank
Man, I'd rather do a drive by (dickheads)
Mad, mad demons in my thoughts
Young Stormz wasn't ready for the limelight (he wasn't ready)
Took a little break from the game, started praying
Man, I had to get my mind right (started praying)
All black clothes till I shine bright
Full beams fucking up my eyesight
They hate me on the sly
But I bet you if I died, you would see em at my night night (fake youts)
They asking if I'm real, I'm real enough ('nough)
Still got a couple killers in the cut (cut)
If he's coming nice
I big him up, drugs kill
But my niggas make a killing off a drug (aye)
Rapping like I'm jigga but I'm puff (puff)
Westend wanna show a nigga love (love)
But if it weren't me you would never let my niggas in the club
Fuck DSTRKT and fuck all these nightclubs
And fuck giving money to people that don't like us
There's riots in the city just tell me where I sign up
The rave goes silly every time I pick the mic up (whoa)
I got smoke, you can hold a bit
A coloured brother with a bone to pick
But I still get to gunning, don't be running when I bang mine
Before we said our prayers, there was gang signs (gang signs)