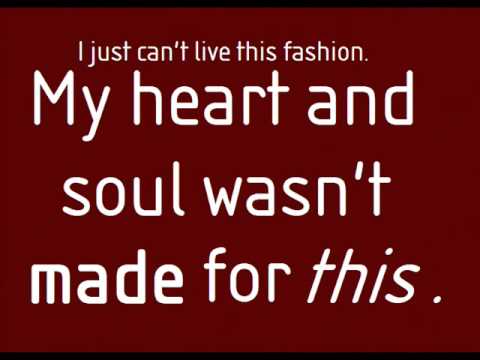 The territories of the occident are gattering around another star-sprinkled banner waving in the name of economy, raised out of the fading empire of christianity a new religion of holy markets and national security, brainwashing on tv and the mask of democracy make the people here agree with all that shit

and at the end of the barrel: the 3rd and 2nd world an ironic, contorted, fucked up definition of liberty, well, the markets are free but what the hell about you and me?

smells like 1st world conspiracy, cause the borders of the united states of europe will not open up for the victims of the crimes committed by murderers from inside the walls,the fortress casts a mortal shadow on humanity: barb wired fences and border-control for them, police-state and closed-circuit-tv for us, justified with the little, pretty word security supervision at it´s best; here comes the euro fuck the rest

economical warfare against the poor the companies own us and that´s for sure behind the image of the happy family, there´s a system based on thought-control, greed and slavery until we find a way to get rid of tyranny, i swear to you, that no one ever will be free.