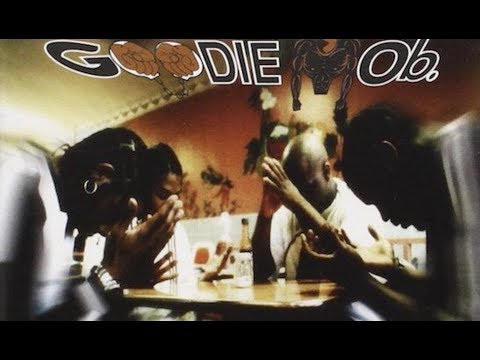 Put me in a serious situation hope I get another chance
To live life as I know
4:30 was the time, I'm feelin' a pain in my chest

I guess I smoke too much sess
Makin' a nigga mo' slow off the doe in Olympian bubblin' under who
Where's the crew thick mist in the trail
I'm feelin' pressure off the tess
Spine advertising swine on Channel 2 when in the same breath
You tellin' me don't eat from that plate increasin' my blood
Outbreaks on my skin don't blend with the way I want this thang to flow
If I can help the cause don't have to treat it with no tricks
You settin' me cancer on a stick, visualize destruction soon to come
Throwin' within this city we call Atlantis
Prayin' like a mantis everyday ain't good in the woods of Southwest
I stress in my rhymes...fighting for yo' spirit and you mind!

So what it be like my brother be catching gangrene
The water be brown in the morning in my sink
Who that in my eyes some Clampett eaten away by fungi
Another virus disease, at ease, quick to lead a strike against Haiti
When half your army in the bed with pains in their back
And behind their head
Witch doctors giving more Medicaid but ain't no aid
But these ain't tha same from 'Nam, didn't give a damn
Who only wanted Saddam now your hands numb
Can't run old age before thirty
This what you wanted when you signed your (hand) 'cock on tha line
Fightin' for your spirit and your mind, service to my kind...

Multiple stab wounds sticin' thru in the ol' school Cutlass Supreme
Thirty-five cents to my name and that's fo' a blunt man
The way thangs goin' today I might as well be dead, so dread
The voices on the radio got me seamed
Can't put a smile on my face cuz my pockets ain't straight
At least not the way I want 'em to be
Early as phuckk, eight fifty-one
Last night I barely got some Z's ... sleep...uh
I can't ol' Burd in the next room havin' nightmares
It sound like wind blowin' when she weep, speak
I can't I'm tired on the way to the slave camp...
I utter very little words, I'm thinkin' about a ciggy I snatched
From the jaws of death, a sack of crumbled herb ...
Rollin' down Main Street
East Point, I swerve, Campbelton Rd, Southside
Eight fify-five, jacket at bus top standin', sweatin' but, I ain't
smilin
Outside it's twenty below fool I'm ridin' to the liquor store
Closed that's right I go hotta at this beeso I know
Who work at the Texaco Gas station, pacin' back down memory lane
Feelin' strange can't Explain, so bare wit me pleae
Thru this green light I sees
That tramp that gave me herpes wreck, wham, crash, stumblin' jumps out
The ride empty the glock fo', five, D.E.A.D.
Woke up handcuffed inside Grady
Tagged with an I-U-D (intoxicated una dank)
I took two swiggs outts my deuce-deuce, old E
Now Stephen K-I-N-G had the story all wrong
Blood last five points, I'm gone

[Cee-Lo]
As individuals and as a people we are at war
But the majority of my side got they eyes open wide
But still don't recognize what we fighting fo
I guess that's what I'm writing for to try to shed some light
But we been in the darkness for so long, don't know right from wrong
Y'all scared to come near it, you ignore the voice
In your head when you hear it
The enemy is after yo' spirit but you think it's all in yo' mind
You'll find a lot of the reason we behind
Is because the system is designed to keep our third eyes blind
But not blind in the sense that our other two eyes can't see
You just end investing quality time in places you don't even neeed to be
We don't even know who we are, but the answer ain't far
Matter of fact its right up under our nose
But the system taught us to keep that book closed
See the reason why he gotta lie and deceive is so
That we won't act accordingly
To get the blessings we suppose to receive
Yeah it's true, Uncle Sam wants you to be a devil too
See, he's jealous because his skin is a curse but what's worse
is if I put it in a verse y'all listen to some bullshit first
We ain't natural born killas, we are a spiritual people
God's chosen few
Think about the slave trade when they had boats with
Thousands of us on board
And we still was praising the Lord now you ready to die
Over a coat, a necklace round your throat, that's bullshit
Black people ya'll better realize, we losin, you better fight and die
If you got to get yo' spirit and mind back and we got to do it together
Goodie Mob means, "The Good Die Mostly Over Bullshit"
You take away one "O" and it will let you know
"God is Every Man of Blackness"
The Lord has spoken thru me and the G-Mo-B!