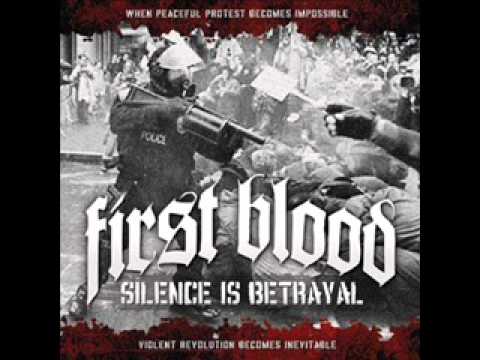 To shut an open society to no uncertain fate
An end result of the merging of the corporation
And the state...

Bleeding us...
Bleeding us to death
With no one to turn to and nowhere to run
Hold on tight because the worst is yet to come

Create the threat... a terrifying act of violence
Control the press... to program mass compliance
Empower the police, soldiers patrol the streets
Random detention and release target activists and put them on a list
One day we'll all be terrorists

...and they start coming for you

First they came for the outcasts and I didn't speak
Because their reasons for fighting I just would not believe
Then they sent us to war and still I didn't speak
As all these people were dying based on lies and deceit
Then they shut down the protests, limit freedom of speech
Does anyone even notice when history repeats?
With no one left to keep fighting, you ask, "What can I do?"
When no one's left to speak up and they start coming for you