Children Of The Corn

Lyrics to Fare One Part 1 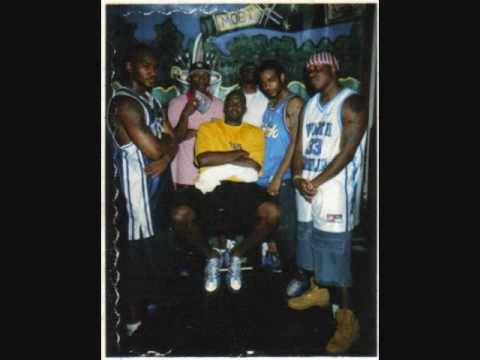 [Bloodshed]
Yo, don't cross the line if you afraid of the guage
I tell ya boogie, I can see the bitch running down your leg
You fuckin' with a well known felon, I do more than just leave ya swellin
I'll blast you in your melon and leave you smellin

[Cam'Ron]
Plus I'm into crucifixtion, maracos kills the fixes
Presidents the purest nixion but they out their jurisdiction
This year we kidnapped, my brother's in a basement
He was busting with Mason, jumpin probation
And killed without no justification

[Cam'Ron]
I had a fight with a seven footer, he wouldn't drop
Pulled the glock, left him frozen like a Pudding Pop
My madness couldn't stop
There's something about me that just love's killin'

[Bloodshed]
Don't make it a habit G, or I'm extinguish two in your cavity
Cause where I'm from it's like a ghost town
We packing toast clown, fuck around
Your bitch ass will get a broke crown

[Cam'Ron]
And the Killa got real weight, semi-autos I feel hate
In between my ears and my head I got steel plates
So get that ass flamed, in my head I got brass frames
Horror's my last name, with mad fame
To last forever like grass stains

[Bloodshed]
Mad niggaz came about taken mine
But if they do, they get their brain *sizzed* up just like FrakenStein
Cause Bloodshed's known for jacking crabs
When I act with mags, I leave fags
Soaking blood like Maxi pads

[Cam'Ron]
Aiyo, when it comes to bread, niggaz make loafs
You run around with fake toast
Money or your life, nigga I'll take both
I hate the heavens and you shady reverends
Niggaz like +90210+, I'm like Killa Cam, +187+

[Both]
Well how ?do cruel? for ya rollin a few
Gotta stay ya hood from ?ghoohls? they be calling us 'Do

[Cam'Ron]
You'll get departed if you come up in here son
Cause yo, there's no such thing as a FAIR ONE

[Bloodshed]
My streets is smothered with dirty brothers
That kill other niggaz mothers, just to get on newspaper covers

[Cam'Ron]
Aiyo, you'll get departed if you come up in here son
Cause yo, there's no such thing as a FAIR ONE

[Bloodshed]
My skills are sharper than a prize fighter
My right hook and left hook is guaranteed to leave your eyes tighter
Out of my crew I am the loc'est one, so don't provoke the strung
Or my smoking gun, will leave you choking son
I tell the truth, so you should all figure
My double four trigger's +Above The Law+ like that Segal nigga
And I'm a buddah head until I'm dead
And ain't no changing Bloodshed
'Nuff bread, enough said

[Cam'Ron]
Plus I deal with 'caine
Enemies tried to peel my brain
So feel the pain, but I got steel to flame
Knuckle game is still the same nigga
Load the pistols, I'm about the scorch like missles
Any gatway blow the whistle, coach stacks inside the Folgers Crystals
I got the techs when I guard my type
Looking for a spar to light, who's hard tonight?
Nobody so I'll start a fight
And fuck a broken Becks, I'll yoke your necks
I walk around with a smoking tech, a trey 8
So vacate or get soakin' wet