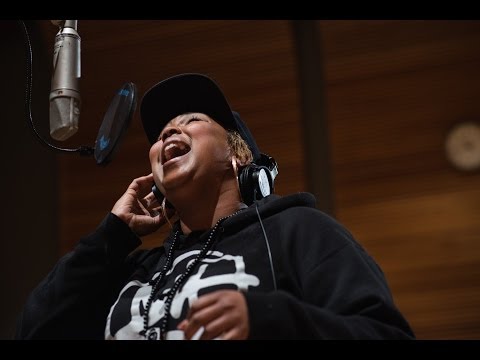 It's that L to the I to the Z Z O
Ain't got no time for the C3P0, wookie/rookie
Never knock nookie, but i'd rather stack cookies
Looking at the sunset the color of Snookie
Woman of the year, Huzzah! Huzzah! Huzzah!
Gimmie three cheers
Killin everyone up in the coven, witch
Cuttin all these niggas, better sew up, stitch
Will Smithin' these hoes, you know how it works
Punch a brotha out and say "Welcome to Earth"
I drop a mil, take off a scarf
Locs on my face like 'I make this look good'
Ugh! Capitalize your capital, with a capital G
I'm giving out my secrets, man ya'll better pay me
Sucky people marry suckers then they suck
Then they have sucky kids they grow up, then what
They attend all the sucky universities
And spend our money like it grows on trees
Siphon to the authorities then get confused when we
Conglomerate to the inner cities
Perched on streets
Looking super sketchy
Skid marks on their knees
Their hands in their pockets
They walking by real fast incase we got that rocket
BOOM! Slam the door to their apartment
That sucky wife is pregnant with another suck-ass kid
I'm askin!
When will it end?
Waiting on the meteor shower to rain down and bring all these suck niggas to their final hour