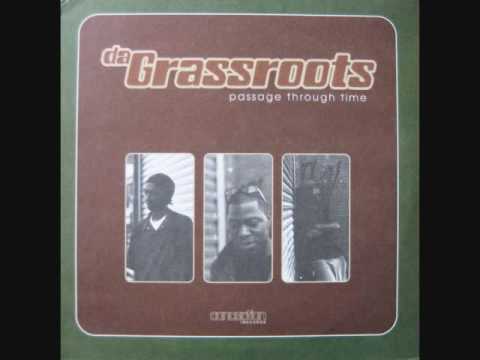 [K-OS]
You know I roll with the strength of a lion upon the ground
When I pounce on the rhythm and prey upon ill sounds
Resonate from the T-dot, making the spot hot
For pigs who sweat like those kids from Welcome Back Kotter
I'm not selling my soul 'cause I'm an artist
Emcees waste time to be preceived as the hardest
The meek posess the earth, so stay modest
I treat the music flows like a goddess
Never bow, 'cause if you do then you get caught up in this game
Seekin' your own fame, try to fortify your name
The only name to fortify is that of the creator
Remember what happened to Darth Vader? Darkside

[K-OS]
You know the flow is unstoppable
Microphones keep it rockable
Dropable lyrics, until your body gives you spirit
Started kickin rhymes back in 1989
Some people thought I really didn't even know the time
So I kept it to myself, lyrics on the shelf
Brain food aimed at his strained mental health
I was gonna quit back then, and I admit it
The industry was dirty and I couldn't get wit' it
Had one more chance to make your morse feel the presence
Hooked up this video called Musical Essence
Now I'm livin' every single day on Rap City
And every single head thinks my style's too pretty
So I'm thinkin' and blinkin', my mind is continually sinkin'
Into abysses and not regrettin' the way I came out
Losin' mad light in this harsh reality
But there's always something there to remind me

[Thrust]
Thrust, descender, Thrust be lastin'
My style flowin' like a river
Emcees steppin' up, it's like another sliver
It's up your spine, feel the chill
Like thoughts, Thrust be comin' through, tell you this
Lyrically specialist, down with Grassroots
The K-OS got the flavor comin' through, ya know
It's like the truth, spinnin' to the youth and all the fans
Tell a person, tell the next man

[K-OS]
Now as I awake from the mist
24 years of lies, I'm kind of pissed
'Cause my pops never told me
And when I try to tell him yo, he says I'm insane
For using one hemisphere of the brain, he's not to blame
'Cause we all trapped, they misconstrued every fact
So I'm incarnated in session to bring it back
To the days when we used to go craze up in the Spectrum
Emcees be sayin' nothing out they rectum
Dissect 'em
Who dat? I'm talkin' 'bout the psuedo-intellects
Talkin' about praisin' the earth but giving our women no respect
So what you sayin', huh? What you sayin', B?
You contradictin' every single word you sprayin', see?
3-PO's is what these rappers be like with gold clothes
Just computer parts pimpin' the art to make dough
Got the beat from the Murray, keep the vibe Grassroots
You can tell the fradulance by the fruit