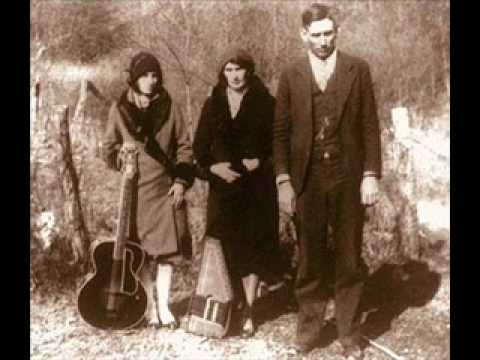 Along came the FFV, the swiftest on the line
Running o'er the C&O road just 20 minutes behind
Running into Seville headquarters on the line

Receiving their strict orders from the station just behind


Running into Hampton, the engineer was there
George Allen was his name, with curling golden hair
His fireman, Jack Dixon, was standing by his side
Awaiting for strict orders while in the cab to ride


Georgie's mother came to him with a bucket on her arm
Saying, my darling son, be careful how you run
For many a man has lost his life in trying to make lost time
And if you run your engine right you'll get there just on time


Mother, I know your advice is good and later I'll take heed
I think my engine is all right, I'm sure that she will speed
O'er this road I need to go at the rate of a cannonball
And when I blow for the stockyard gate I'm sure they'll hear my call


Up the road she darted, against the rocks she crashed
Upside-down the engine turned, poor Georgie's breast it smashed
His head was against the firebox door, the flames were rolling high
I'm glad I was born for an engineer, on the C&O road to die


The doctor said to Georgie, my darling boy, be still
Your life may yet be saved if it is God's blessed will
Oh, no, said Georgie, that will not do, I want to die so free
I want to die for the engine I love, one hundred and forty-three


The doctor said to Georgie, your life cannot be saved
Murdered upon the railroad and laid in a lonesome grave
His face was covered up with blood, his eyes you could not see
And the very last words poor Georgie said was nearer, my God, to Thee