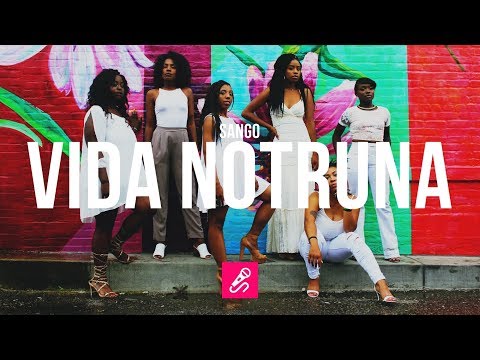 There's a lot goin' on, but this the dynasty

The crazy man's keepin' me up, I'm not sleepin'
My fit too fresh to be doin' the housekeepin'
The maids cost too much, started cleanin' my own closet
Livin' childhood fantasies, dealin' with grown problems
Got a brand new bae, she keep me good like the music
If the Roc is here, throw up your diamonds and hood cubics
No I.D. said it's time to take these goofy niggas out rap
Drop bombs over Baghdad on these SoundCloud outcasts
I stray away to say the way my days would be without rap
My mind drifts to back before the Chi was labelled Chiraq
Then Chief Keef dropped in 2012, now it's a drill
I was waitin' in the wing like a bird on a windowsill
Now I'm the fresh prince, I think I know how my uncle feel
He sent this dope shit to my veins like fiends on any deal
After we build on existing structures, shift the culture
Like George Bush searchin' for weapons of mass destruction
Think I'm 'bout to blow! But this ain't the Middle East
This the midwest and we the royal family like Della Reese
SAVEMONEY the new dynasty like Death Row in '93
The same year my mother's water broke on 57th St
Mama Mensah knew she raised a very special man
Young Muhammad in the ring with the power in my hands
To defy the federation like Ali in Vietnam
The Roc is still alive, throw your diamonds up again

Yeah, I carry the Roc like a runnin' back, hundred miles and runnin' back
Hov the president, he flyin' private in Obama's jet
Vic the young hitta, I want it with any nigga
My problems' deeper than rap, ain't a problem to bury niggas
Cemetery diggers will be ready for your favorite rapper
Catch him stompin' in my yard, I step up like a Beta Kappa
I am nothin' like these actors, they're only on camera
I hit 'em in the head like Holly Holm hit Ronda
And my home is Rwanda, blood diamonds and minors
High school students with guns hidin' in their binder
Gotta wear a clear bookbag and wear a hood pass
Hit you from the blindside, that's a no look pass
Rookie season, Steve Nash, they are just my sons
Catchin' alley oops, catch 'em in the alley, oops
I heard a certain who's who mad that I like the danger
Get your priorities straight like Hermione Granger
Sixteen in the magazine and one in the chamber
Sneak it in the club, that's a club banger
This is not a diss song, this a disclaimer
Sorry that your management can't manage my anger
Violence is not the answer but, lord, they done brought it to me
You gon' see a side of me, the South Side taught it to me
They gon' think I'm Akeem when I pull up and pull
A semi Uzi, auto, fully out the robber yellow hoodie
Yeah, Pelle Pelle bloody, Motown Berry Gordy
With the shits, levatory, tell a nurse, purgatory
[?] moms is mandatory, crack sentencin'
Bad parentin', put his dad on Maury, just another classic story
I know there's no master for me, I don't even buy chains
I don't rock diamonds, I just need the Roc chain
I don't get high no more, I go high octane
They should call the rap game my name, this is my game, Vic!