Lyrics to Dumpin' 'em In Ditches 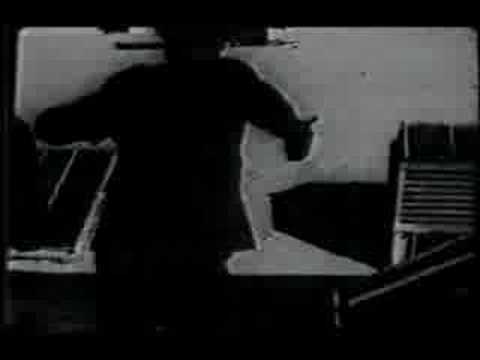 Ratta to the motherfuckin' tat is how I stomp this
Much love for niggas that's sleepin up in the darkness
Cause I'm a crooked nigga 2 like Pac
I do a 1-8-7 with this motherfuckin' glock
Shot you in the body
Had to break the gat off in his ass at the party, nigga
Crazy as fuck, I thought you knew me
Quick to put the bullets up in the motherfuckin' Uzi, bitch
A OG nigga, so I gotta G-O and creep slow
And get this nigga while he's steppin out his car door
Bust, bang, I let my nugs hang, chewed out my Mustang
And let this motherfuckin' gat sang
A bloody glock and a pocket full of rock
Got my shit on cock 'cause my slang don't stop
In the darkness I ain't the nigga who's slippin'
I get the clip in, slam dunk it in the gat like Scottie Pippen
And watch these niggas scream like bitches
I break 'em off somethin' proper
And dump they ass in ditches

Engrave my name on the motherfuckin' hollow tip
A autograph from the nigga, killer, lunatic
Thirteen for the birdy, fuckin' him in the game
When I get my hands dirty, nigga
You want to squab with the nina
Comin' up, want to gat you with this trigger happy finger, bitch
Still whoopin a nigga ass with some St. Ide's
Jealous niggas be wantin' to gat me because they can't rise
I sell my shit wherever I want to sell my shit
I dig a ditch and let him meet nina, my little bitch
Cause a nigga ain't soft
I fuck around and break every nigga in your hood off
Somethin' proper 'cause I can't be caught slippin'
Seven in the mornin cookin keys in my kitchen
Here comes the pig bangin on my door
Screamin' some shit about that 5.0
They must of seen me kill that man and run off in a hurry
Left the cola and the gats and the money 'cause a nigga done

187 erupt, another motherfuckin' walk by in your hood
I broke a gat in his ass because it's all good
And now the boys in blue want to come after
The motherfuckin' East Bay gangster murder master!
I'ma make that bacon fry, if he keep followin' me around
Fuckin' off my indo high
Pigs don't notice shit, 1-87 is the nigga you're fuckin' with
When I was young I used to get my gun
Fuck with the G.T.A and bust at they ass for fun
Put the piggy in a blanket and when the G.T.A stall
I'm fucked till I crank it
Then I'm one hundred and eighty seven thousand G
With a warrant on head, layin' d-e-a-d
My chrome gat shined like a sword

One motherfucker sent off to the morgue