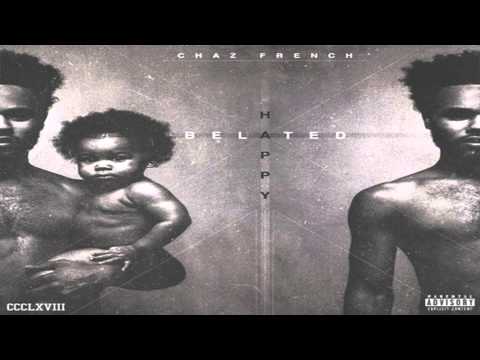 Ok my mind get to running pumpin'
My heart get to racing
Chasing this thing paper and thing that they call a dream
Aiming higher than venus, my penis has no more room for you
Hating ass, motherfucker sucker punch a pussy in his face & laugh
Shots with no chasers, empty big cases we had a blast
You can't erase the past, fuck it you made it last
I refuse to be in a place that I'm not really wanted
Be happy faded be you, be where the [?] and stay true

Happy belated you knew it before you played it, it's greatness
Whether it's sooner or later, later is sooner than never
Yeah we closer than we what we think
We know it but don't believe
I eat it shit it and breathe, admit it part of my steez
It's easy for hoes to see, which made it harder to leave
Did some grimey shit out of grief
But I am my brothers keeper
You follow and I lead
You follow me you don't know me
It's twitter get out yo feelings you blown, ok well blow me uh
You frontin' for these lonely ass, phoney ass funky ass
Toasted bread and bologna ass
Thirsty ass, follow back
Fake givenchy wearing ass, wish they had Rihanna swag
Dry bitches reggie smoking deep throating, high hoping

Fuck do you want me to do when a nigga been doing this shit for so long?
Head to the clouds, feet to the ground hoping that I can move on
Fuck everybody that's hating I promise that none of that never matters
But that's how it is when you making it happen I never understood the reason why
These niggas is so dramatic, these niggas is so dramatic
Lights, camera, action these niggas is so dramatic
Pathetic they so good at it, somebody give em a casket
And put em inside, we killing they vibe
Trouble on my mind today, I'm tryna find a way a better place
Cause I'll do anything for everything, do everything they wouldn't see
At least that's what they say till you have everything
Now everybody want what you got, want what you got
They want shoutout, hand outs, oh we fam now? man down
Now your frown is now upside down
Oh you pussy boy, your rights really gotta be kidding boy
I forgive, but I never forget
I remember the faces that said that I couldn't boy