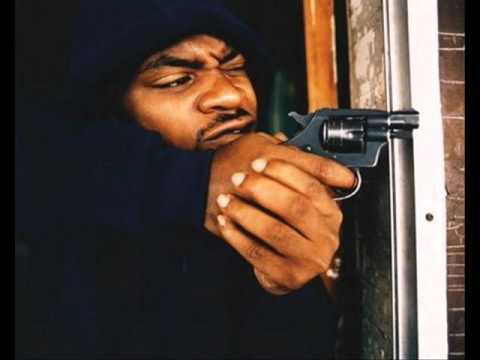 Shitted on, ran from it (I did it all)

I sold dope, watch fiends crave for rock
Watch 'em watching me put the stash in my sock (Hey! Yo! Yo!)
Walkie-talk to niggas from the corner when the Feds 'bout to enter
Pumped up blocks some of the winter
Kerosene heaters by feet, takin tops off just so a nigga can eat lunchmeat
Four days no Z's, from the first to the third
End of the month to excited to get sleep, I bagged up 2's
Aggravated by picky motherfuckers who don't know which rock to choose (Picky man)
Took outta town trips, two seconds in a son of a bitch
NARCs run in talking shit (who dis?)
I know about dope, lost my man Lou to the coke
Pumping over there off of DeSoto
Any nigga who don't know about this
I hit ya with the Iron Mike quote "That's Ludicrous"
Shittin in the tub, pissing in the tub, Hepititis B inflicted in a thug
I know about that shit right there
Hey yo, I know about that shit right there

I don't had jobs black
Boss man yelling at the top of his lungs about a fuckin Fat Burger!
We damn near fired, restaurant manager who can't manage shit
Stressed out retired, I'm talking about blacks
You work all week for Boo, and one day your man Boo just collapse
Bricks, houses, cars
A bitch who drops her drawls for a nigger who can really floss
Five twenty five can make your mouth leak and on top of that shit
You get a check every week
You work a week in the hole, with thirty motherfuckers on pay roll
You work when they want you to
Equal opportunity? Nigga right, suburban community check stubs always hella tight
My shit looking like this
I got a bitch a baby and I need a place to piss
Pissed off at check time cuz I was skipped
That's when obie trice start cockin' back his shit (fuck this)

I done been homeless, no place to sleep
Moms don't wanna hear it no place to eat
Pass out on my mans couch just for a week
Till he get fed up and kick a nigga to the street (Get the fuck outta here, dogg!)
Black out from cold, freezin' my toes
Snow fuckin over my boots, my Tims froze
Face turnin blue, cars ridin by with the little children
on the inside pointin at you (mommy look at that man)
Fucked over folks, and they don't wanna see ya
Baby momma gotta new nigga with a Visa
Sleepin in cars, abandoned shit
While the rats eat the wires you be prayin and shit (Please, Lord, please!)
Close to pneumonia
Wishin for heat, like damn if only I came up in California
Plottin on a (?), like stickin your mans
Damn, you know he got at least a grand in his pants
Face lookin old, despite the fact your only 20 years old
Stuck in the cold
Snot drippin profusely
Taking the alley route so my ex-cutie wouldn't notice me

Yeah! Shit is real out there, yeah