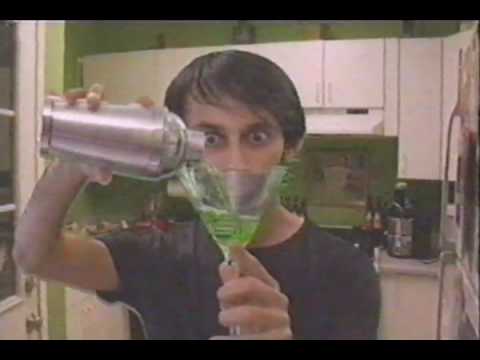 I'm from outer space, girl
Look at my funky moonboots, love
(Where the Jello shots at)
Look at my funky helmet, love
I'm a funky astronaut, baby
I'm the engineer
I'm in here recording Ricky Reed
(What's up, man)
From International Space Station of Funk
(I'm ready)
Hey Ricky, sing it, man
(How can it be sugar-free but still be so sweet and delicious, man)
I couldn't tell you

Your boy Ricky Reed resurrected from the de-ad
(What are you talkin about man?)
Comin' out the gre-ave
comin' up out the dizzert at the grizzound y'all

Who that is with the feet in the dirt?
Let it hang out like a big t-shirt
That's Ricky Reed!

Like you stepped in something nasty, all stickin to ya duds
Or you smelling like a dude from gettin down, breakin out in the club
When you hear that funky drummer you start losin your composure
You wanna dance act a fool let it all hang out and your face already told ya

Who that is with the feet in the dirt?
Let it hang out like a big t-shirt
That's Ricky Reed!

I'm diggin on my record, I can't explain it, it makes me do the straight doodoo face
It's time to find out who you are, don't try to fight it
Let me see that doodoo face

This started as a diss track, but I ain't got time for suckers
It's time, I wanna find out who you are, don't try to fight it
Let me see that doodoo face

When I say "Damn, you nasty!"
When I say "You smellin like soccer practice!"
When I say "I got this drummer cause he's meaner than your drummer"
Take that face and put it where your ass is!

I'm gettin an aftertaste off this
I'm gettin a funky aftertaste
It's like it was once delicious and now it is rotten, but it's good

I had lose my mind just to find it
When I found it it was lying on the floor
I said ain't my mind, cause I'm lookin sideways
Now I'm feeling like I never have before