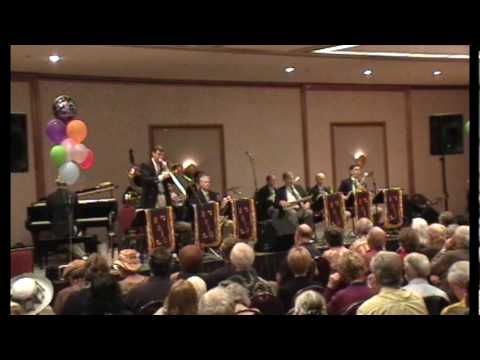 But with this invitation, there is a stipulation

When you attend this party, you'll all be treated right,

But there's a wild and wooly woman you boys can't invite

You can bring Pearl, she's a darn nice girl,

You can bring Rose with the turned-up nose,

Lulu always wants to do

What the folks don't want her to

When she struts her stuff around,

London bridge is falling down!

You can bring cake or a porterhouse steak,

Lulu gets blue and goes cuckoo

She's the kind of smarty breaks up every party,

I'll bring her myself!

Last week we had a party, a real high-toned affair,

And then along came Lulu, wild as any Zulu

She started in to Charleston, and how the boys did stare,

But when she did the hula-hula, then she got the air

You can bring Flo, her dad's got dough

You can bring Lil, she's an awful pill,

Lulu has the reddest hair, auburn here and henna there

How can we boys keep our heads?

You can bring peas and crackers and cheese,

When she gets sore and slams the door

The plates fly off the shelf

She can make a feller wild on sarsaperilla

You can bring ham and crackers and jam

She climbs upon the shelf!

She can make a pastor be a dancing master

I'll bring her myself!