Do You Really Lyrics

Lyrics to Do You Really

Do You Really Video: 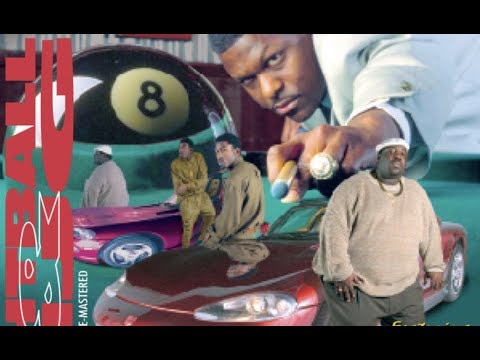 [Eightball talking] Yeah it's time to get crunked up in this bitch You know what I'm talkin about Yeah.. Eightball & MJG, for my real niggaz Layin it down ("Eightball, MJG") for all my real niggaz Yeah.. ("Eightball..") Uhh.. ("MJG..") Let's get it crunk up in this bitch ("Eightball..") Where ya at? ("MJG..") Where ya at huh? Where ya at huh? Where ya at? Where ya at huh? .. ("Eightball, MJG") This for all them.. real gangsta-ass nigga Yeah.. for all them real, gangsta-ass bitches Yaknowhamsayin? My brothers gettin money out here yaknowhamsayin? ("Eightball, MJG you know we can't be touched") Real underground lovin muh'fuckers ("Eightball") Get the club buck ("Eightball, MJG you know we can't be touched") Yaknahmtalkinbout? Yeah, yeah.. [MJG] MJ, G up in yo shit like some toilet paper Get fresh wit me nigga I'ma spoil it later You'll float backside up in a swamp of gators Then youse a snack-sized nigga, formerly a hater [Eightball] Heavyweighters, street poetry creators Double-barrel blast for you pimp game perpetrators Cain't touch us, I know you wanna be us Fake-ass rappers can't fuck wit what we bust [Hook] WHOA! - Do you really wanna get crunk? HEYY! - Do you really wanna get buck? WHOA! - Do you really wanna get crunk? HEYY! - All my players, all my gangstas WHOA! - Do you really wanna get crunk? HEYY! - Do you really wanna get buck? WHOA! - Do you really wanna get crunk? HEYY! - All my hustlers, all my grinders [Eightball] Roll through, one deep, heat in the waistband Jealous-ass niggaz might try and touch a made man Crazy rap fans, followin my rap van Wanna get a hug, wanna shake a playa hand Smoke somethin, I'm a fiend for the sticky green My whole team keep it clean like a pinky ring Hardcore like a scene in Cabrini Green Plenty green get a young nigga anything Excursion, Escalade with the big rims Denim suits, soulja rag with my gold Timbs Poppin pills like a nigga eatin M&M's Shoppin deals at the table wit the best of them Leave the rest of them, way in the back Weak-ass rappers get smoked like a sack Fat Boy did that, didn't nobody help me MJ to the G [MJG] Do you really wanna get buck? Then tell the truth, I don't give a fuck Each day is a blessin, I'ma live it up Put ya best South fit in the cleaner (Da-da-dun-da-dunnn) Hit the horn like Leana I never seen a, party crunker than the one I'm in Bitch pullin contest we done won again We hit the scene all the women start swarmin in I feel like I died, went to heaven and born again Pimp tight, MJ fuckin G Deathwish meant for anybody touchin me I'ma hit the dancefloor with a attitude Who's the killer now? Tell me who's the badder dude? Who's the one who ain't afraid to let the bullets fly? If you know you ain't gon' use it, why you pull it why? Do you really wanna kill me and do time? And leave ya kids and ya girlfriend left behind? [Hook] [MJG] Do you really wanna hit the sauna, with some bitches and marijuana? Sailboats offa the beaches of California Getcha game tighter as a fist and the ice that's on it Y'all ain't crunker than us, ghetto performers Street roamers, still keepin the heat on us Corner on a nice day, nigga just thought I'd warn ya Eightball and MJG, we the buckest Dope shit nigga, roll us up in the Duchess [Eightball] One of the hardest niggaz that you will ever meet Two of the hardest niggaz to bust over beats It's all real, never fantasy or incomplete Incomplete emcees just can't compete Hear defeat, I'm elite when I grab a sheet Grab a pen and compose what my life hold Fuck what a nigga stole I'ma still roll Fifty deep, fifty feet from you weak hoes [Hook to fade]