Do It, See It, Be It Lyrics

Lyrics to Do It, See It, Be It 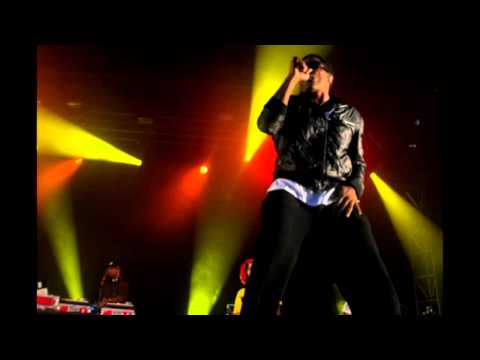 It's not luck that I'm sittin' here spittin' for y'all.
Preeld in by Allah that I'm hittin' for y'all.
Growin' up on the New York concrete lookin'
lilke a little snotty dish of prodigy cookin'.
They called me Little Man all in the boulevard.
When I was young, my family used to party hard.
Gangs of uncatched kids turned to blood ketchup.
The illest niggas was Richard Pryor and Ronnie Bump.
Skinned knees from being bad-ass little boys.
Police si-re-ns and baby screams was average noise.
Hip-Hop came, the ghetto copped the soundtrack.
Street poetry to tracks, could you beat that?
Malik Taylor introduced it to me.
He said, 'Forget Benny Hill, nigga. Let's M.C.!'
Twelve years old, rhymin' in the backroom.
For echoes, we used to rhyme in the bathroom.
Run-D.M.C., Slick Rick and Doug E. Fresh.
The Juice Crew rule but who's this nigga KRS?
Reference points, too many to wish for.
Battlin' niggas on trains, I stay raw.
Never let my dream die.
I was happy and high goin' to Alee's and Bed-Stuy
We made our first demo tape.
Ex-cited like a mawfucka, lookin' for our first break.

Jungle Brothers, De La, they gave me little light.
In Top, Three Feet, Buddy, that was aiiight.
One year later, the Tribe was initiated.
Bonita came, it was wild how she dominated.
Can I Kick It parled us to our next phase.
So drunk in those days, I truly was amazed
how I got up enough to make tunes. People
cheered me. It was Foreign, then came Low End Theory.
People quickly reconized who we are,
Phife is ill and Busta is a superstar.
Tours with P.E., Naughty, and the Geto Boys.
Arsenio Hall, women then were evil toys.
Whisperin' hate inside my brother's virgin ears.
Tryin to hurt but, yo, we stood amongst the tears.
Midnight was even tighter, now look at us.
Condoms is on the rida stored on the bus.
It got funky right here, I had to save my life.
In the snow after the show, I had a fight wit' Phife.
Moves to a land to get away but back home
job was urkin' us, it sent me throuh a danger zone.
The good thing, I found Allah in the process.
An angel appeared wit' sneaky ways and gave me stress.
Now what am I to do?
My album's platinum but I'm still feelin' blue. C'mon.

you can see it.
Do it, and see it, and be nobody else!