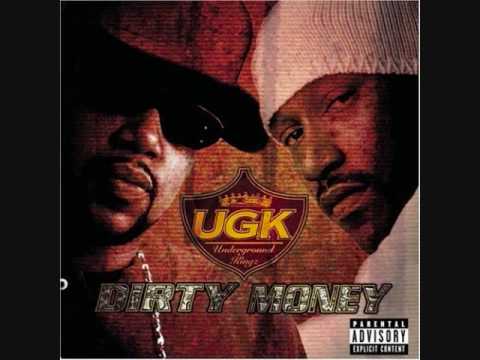 [Verse One: Bun B]
Say, look here man I'm a rapper
Hold up, let me take that back
I make rap music, but that don't mean all a nigga do is rap
But that don't matter I've been labeled, stigmatized, stereotyped
There's an entertainment disease worse than cancer, a venereal type
I spit imperial-type game like Digga from the Sqaud
But they act like they can't separate a real nigga from the fraud
Rule number one: never send a boy to fuck a grown ass lady
And respect the game 'cause the game is known to be gone fast baby
Now It's a long pass maybe you should try diving for it
Fools act like they striving for it hit Total Request Live and blow it
Knowing ain't a giving and nothing is
See all this candy-coated and bluffing is detrimental to our beautiful black southern kids
Enough of this man, let's get this here straight like creases
It's a never-ending cycle and motion that never ceases
It's compresses and releases and for the love of Jesus
It's breaks the soul, now we forever left to pick up the pieces it's dirty money

[Chorus x2: Bun B]
Niggas laughing but ain't a damn thing funny
You gotta have paper in this land of milk and honey
Yeah, it's bright outside but not nessicarily sunny
And no matter how you make it, it's all dirty money baby

[Verse Two: Pimp C]
Every drug I sold was for the dirty money
Most of my niggas is dead because the game is funny
You could get your life took at the drop of the dime
But I'mma pimp till the end and keep my money on mind
Most of my life I've been broke trying to save my bread
I never ask to be hustling now I watch out for feds
'Cause niggas be talking and giving up game
About the cheese, the green, the pills, the coke D's
I marry my pockets, so now I chase my queen
Keep a thang for the haters with the red beam
Every since fifteen I've been a big money fiend
Sippin' cold codeine and pulling up clean
Popping up at the spot and dropping the top
And keep a bad yellow [???] with my dick on rock uh!

[Verse Three: Bun B]
You can't get no house, no car
No weed, no bar, no flash, no show
No class, no flow, no help, no love
No liquor, no drug, no clique, no crew
No tracks to flow to, no pager, no phone
No flavor, no zone, no fiend, no cut
no wife, no slut, no name,
Nowhere in the game to get me five
No nothing without that dirty ass M-O-N-E-Y

[Verse Four: Pimp C]
My momma taught me what the value of a dollar should be
But everybody I saw balling was rolling selling Ki's
In the late 80's niggas pulling up on D's
Putting dick up in these hoes and making 'em pay fees
Learn how to ride dirty 'cause ain't shit for free
Then all them niggas got popped that's all I needed to see
For some the dope game cool 'cause that's all that they could be
I know God ain't put me down here just to be serving no fiends [x2]