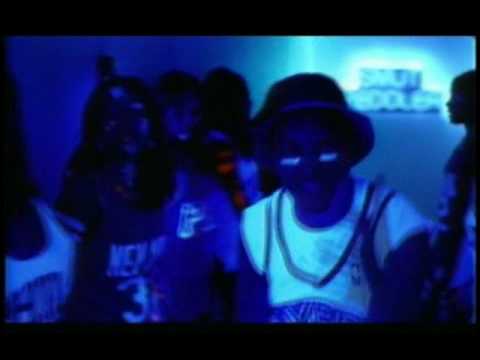 [Mr. Eon]
You see, it's Mr. E the one you think of
It was a labor of love, cry like a dove
But this ain't Prince, rhymed ever since
Thoughts of the future in the past tense
Her name was Loretta, wore a tight sweater
Met her at a jam in the '96 winter
Blunt passer, had ta harass her
Brushed up against her, while I passed her
Drinks she couldn't pass up, dreamin of handcuffs
Told me to meet her, after the band struck
Dilated eyes, peered at the thigh
Peeped fingertips, went from lips to hips
Mr. E rock shows, this she didn't know
It was this honky, who made her say ho
No way she sayin no, leave the disco
Right after Mi rocks all stereos
After 2nd Ave., ass I gotta have
Take jacket/coat, pour the beer on draft
One or the other, just to uncover
Just this night, Mr. E be the lover
Now lets play doctor, or should I say dentist?
I be Starbuck, you the dental hygenist
First brush your teeth, then rinse please
orally like Monica Lewinsky
Since she sees these testes
She's guarnateed to see these trees
It was an odd combo, like cappucino
And Clam's casino and breakfast in Reno

[Chorus: Woman and Mr. Eon]
[Woman] Mr. E I know you wanna be with me
[Mr. E] Girlfriend, you better that thought to an end
[Woman] You and me, baby, we cold roll real tight
[Mr. E] One night is one night, that don't make it right
[Woman] We shared drinks and stuff, I let you touch the stuff
Then an hour later it was me you clutched
[Mr. E] It's much too much, girl you gotta hush
You played me in the head, now this I trust

[Mr. Eon]
It was crazy, didn't think that this lady
Would be the one to become my baby
It was a one-nighter, we shared a lighter
Now this stupid Dutchess couldn't roll much tighter
Months into it, still doin it
Ass still chewin it, nothin could brew in it *echoes*
But someone from the past, addition to the cast
He be the ex, I be the next
To the point that I asked her, did he harass her
Said it was an old flame that didn't even matter
Once a college fling, it didn't mean a thing
I knew that this was the song she'd sing
At her crib one day, snoop I'd play
Look for evidence that would pave the way
I'm Dick Starbuck she don't know the persona
Porno Detective for Eve and Madonna
The phone did ring, I should just forget
I figure, I just let the machine get
Mike's on the line at 555-3825, Eon's on a ride
Days go buy, coolin with the guys, it was Loretta calling at my demise
Surprised, before my eyes it played to a T
It was Mike's number on the Caller ID
What we had's, what he had, don't feel bad
Take more than Loretta to make E sad
Take the L like the Packers, see you next season
Maybe next game Eon'll be cheatin