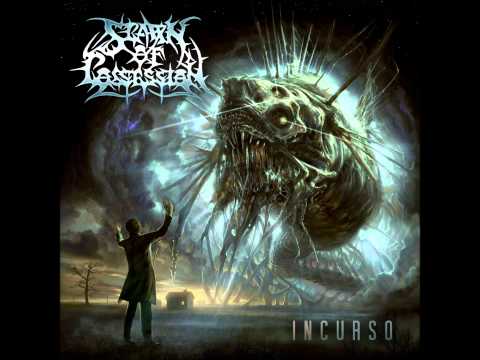 Even the purest of sinless souls sometimes attracts themselves to spirits long
forgotten sleeping
A man of curious nature this soon would learn, in his grandma's old attic

Tool of evil, board of riddle, transmitter to the ancient
Unforgiving, lures the living, of hell designed mechanics
Sends a signal to the shunned side, one asks it, one reads it
Whom will answer God only knows

Although his Granny warned him deeply he still brought it home for study
All he wanted was to try it, for mood he list some candles, poured a glass of
vintage absinthe
Innocent, wonder, soon to leave for hell, seance begin

His hand grabbed the planchette, sweating exited of it went
In backwards circles back and forth, demon speech of unknown
Twitched his hand and took control, letters started shaping into several words

Come join us the sentence read, why he wrote, no reply
Who are you, we are mere friends, hear our offer gentle caller
You may have goodly gifts just for us to simply visit you

The short conversation led on, convincing our host to trade what the spirits
wanted
Debauching intent, plotting for his soul, brood of ill, attributed to his newly
found friends
Their agreement sealed a subconscious deal though he could not foresee
The effects coming, nails and hair fell off, a lump in his throat was born
He started feeling woozy, bowel control he kept losing, soon swimming in his
own filth
As he got invaded by the tricksters from beyond

Wrenching on the floor, the voices pounding in his mind, raving on about death
Started to get owned in fetal position, realized the mistake he had made
Yelled out tortured leave me be, badly choking on his phlegm
Begged in tears for deaf ears, serpents from the other side his body now
possessed

A broken human woke up in daze, first thing his eye caught
On the floor a pile of ash, must've lit the board on fire
Not sure of what had happened, it all felt weird and blurry
He managed to stand, still in pain from last night's ordeal

Back flashes started to haunt his weak memory
Grandma's face covered in blood, limping steps took him there
To her house door unlocked called her name silence would not break
Up the stairs, met by a horrible death sight of what he'd done

Old granny torn apart, down her throat he had rammed her heart
Her eyes stared open wide and cold, what was all this meant for?
The spirits of the board for years had tried to take her soul
This was their vengeance, that's why they sent him
To execute her and be freed forever