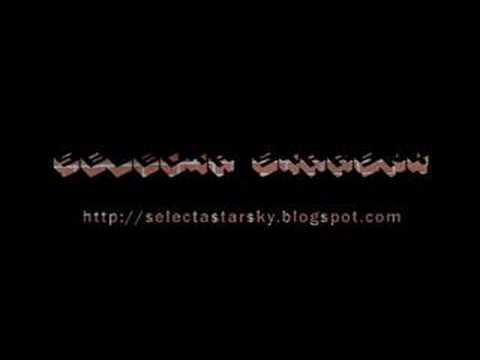 [Chorus:] &quotPresidents to represent me" --> Nas &quotGet money!" &quotI'm out for presidents to represent me" &quotGet money!" &quotI'm out for presidents to represent me" &quotGet money!" &quotI'm out for dead *fuckin* presidents to represent me (Whose...)" Rock... on, Roc-A-Fella y'all The saga continues Ahh, who wanna bet us that we don't touch leathers Stack cheddars forever, live treacherous all the et ceteras To the death of us, me and my confidants, we shine You feel the ambiance, y'all niggaz just rhyme By the ounce dough accumulates like snow We don't just shine, we illuminate the whole show; you feel me? Factions from the other side would love to kill me Spill three quarts of my blood into the street, let alone the heat Fuck em, we hate a nigga lovin this life In all possible ways, know the Feds is buggin my life Hospital days, reflectin when my man laid up On the Uptown high block he got his side sprayed up I saw his life slippin, this is a minor set back Yo, still in all we livin, just dream about the get back That made him smile though his eyes said, &quotPray for me" I'll do you one better and slay these niggaz faithfully Murder is a tough thing to digest, it's a slow process and I ain't got nothin but time I had near brushes, not to mention three shots close range, never touched me, divine intervention Can't stop I, from drinkin Mai-Tai's, with Ta Ta Down in Nevada, ha ha, Poppa, word life I dabbled in crazy weight without rap, I was crazy straight Potnah, I'm still spendin money from eighty-eight... what? [Chorus] Geyeah, know what? I'll make.. you and your wack mans fold like bad hands Roll like Monopoly, ad-vance you copy me like white crystals, I gross the most at the end of the fiscal year than these niggaz can wish to The dead presidential, canidate with the sprinkles and the presidental, ice that'll offend you In due time when crime fleas my mind All sneak thieves and playa haters can shine But until then I keep the trillion cut diamonds shinin brilliant I'll tell you half the story, the rest you fill it in Long as the villian win I spend Japan yen, attend major events Catch me in the joints, convinced my iguanas is bitin J-A-Y hyphen, controllin, manipulatin I got a good life man, pounds and pence Nuff dollars make sense, while you ride the bench Catch me swinging for the fence Dead Presidents, ya know [Chorus] Uh-huh, yeah, uh-huh, so be it The Soviet, The Unified Steady Flow You already know, you light I'm heavy roll, heavy dough Mic macheted your flow, your paper falls slow like confetti, mines a steady grow, bet he glow Pay five dead it from blow, better believe I have eleven sixty to show, my doe flip like Tae-Kwon Jay-Z The Icon, baby, you like Dom, maybe this Cristal's to change your life huh, roll with the winners Heavy spenders like hit records: Roc-A-Fella Don't get it corrected this shit is perfected from chips to chicks just drivin a Lexus Make it without your gun, we takin everything you brung We cake and you niggaz is fake and we gettin it done Crime Family, well connected Jay-Z And you fake thugs is Unplugged like MTV I empty three, take your treasure, my pleasure Dead presidentials, politics as usual Bla-ouw! &quotDead *fuckin* presidents to represent me (Whose...)" &quotDead *fuckin* presidents to represent me (Whose...)" &quotDead *fuckin* presidents to represent me (Whose...)" &quotDead *fuckin* presidents to represent me (Whose...)" [Chorus 2X]