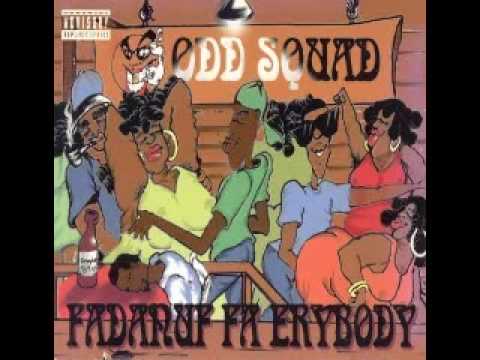 [Rob Quest]
Rollin in my man's white 'Lac with a 40oz of brew
Smokin on some herb, trackin down fools
And everything's alright cause this party is live
Damn skippy, I'ma do it like this to the day I die (Odd Squad!)
But on the real, I thought you knew, hoe
I gots the Mad Flava with a touch of that Gumbo
Ill freakin the funk every goddamn week
So watch me bang-bang boogie to this funky beat
Rob hits this track like a dime bag of weed [?]
Yeah, I can't believe them niggas up on the ave that tried to get with the
Q to the u to the e-s-t
Down with the O-double to the muthafuckin d
It's like that and it always will
For them niggas who talk that shit, you hoes ain't never seen skills
This ain't no gang or a crew or a high-cappin clique
No combat boots or baggy pants, dreadlocks - none of that shit
So let me hear it one time for the Coughee Brothers (yeah)
Peace to my homies and moms duke, yeah, much love to ya
And one more thing before I'm out
I'm here to let you niggas know I'm down with the Squad

[Jugg Mugg]
Well it's the nigga they call the Jugg from the Squad kickin it Odd, shit
You taste it first so that mean you got to pause it
Just a group of real g's who makes you buckle to your knees
I'm pullin swisher sweets from my sleeves
Stuffin it full of coughee every day for the fun of it
I love to clock the paper, get the pussy and get blunted
So listen to the nigga they call the J to the u to the double g
Chillin with these niggas I call my family
That's my brother D who writes the lyrics about the pussy
Next to me is C-Ray with the spliff, now pass it to me
That's my brother Rob Mac who makes the funky fat track
And hey Chris, P-Black who watches a nigga back
And we're the Coughee Brothers, just some down muthafuckas
Whoever possess the sess, yo, we share it with each other
It's like that y'all (that y'all) it's like that y'all (that y'all)
And today I got the dime and it's fat y'all (fat y'all)
I'm with the Squad

[Devin]
Well it's the Odd Squad, Jugg Mugg, Devin and Rob
And we're steady gettin drunk on the job
Everybody might know us for smokin that weed and feelin fine
Gettin full, drinkin Bull, buyin dime after dime but it's time
Cause hell, we been writin rhymes since '89
Tell em y'all (yeah, you know we ain't lyin)
But some people say we cuss too much and that is not the way to go
Tellin us to make the album strictly for the radio
But yeah-heh, this just ain't no comedy act
Just some brothers with rubbers stickin they dick in your back
Bitch and don't get offended when there's a different dick in your mouth
Every thirty minutes when you're fuckin with the Squad