Lyrics to Culhwch and Olwen 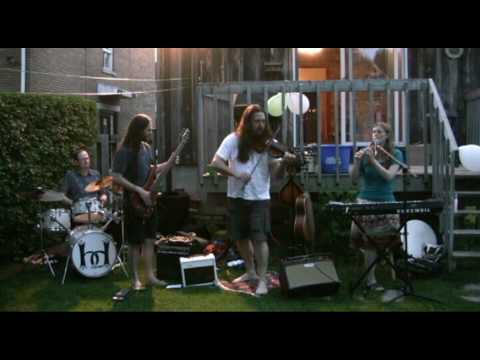 Culhwch, son of Cilydd, a nobleman of Wales
was counselled by his mother to seek Olwen as a bride.
Fair Olwen, only daughter of the giant Ysbaddaden

Who would never let her marry, for when she wed he'd die.

Arthur's knights they joined him: Kei, Bedwyr and Gawain
With Menw the magician and Cynddylig as their guide
And so they traveled onwards to the lands of Ysbaddaden
Where they came upon his castle, and rode their steeds inside.

"Before you have my daughter bring me Mabon son of Modron
Who was taken from his mother even as his lips first cried."
"I know that I can do so, 'though you think it be not easy."
Said good Culhwch to the giant as he called the knights to ride.

They sought the ancient wisdom of the Blackbird of Cilgwri,
And asked him, "Know ye Mabon, stolen from his mother's side?"
The Bird showed them an anvil that his beak had rendered small
And said, "Though I am ancient, there are older hearts than I."

They found the Stag of Rhedynfre who stood beside a stump
and asked him, "Know ye Mabon, stolen from his mother's side?"
"This oak was once a sapling rooted first when I was young,
But I'm not the oldest animal nor greatest in my pride."

So on the party travelled to the Eagle of Gwernabwy
And asked him, "Know ye Mabon, stolen from his mother's side?"
The Eagle showed a pebble that was once a mountain high,
but he said, "Despite this evidence, one goes more deep than I."

They traveled to the water and the Salmon of Llyn Llyw.
They said, "Know ye of Mabon, son of Modron and his bride?"
"Indeed I've heard his wailing in his prison all these years,
And for Arthur's faith and honour, his companions I will guide."

And so the Salmon led them up the river to a tower,
Where they heard the lamentations of the prisoner inside.
But the stonework of the castle couldn't stand before the army;
Mabon pledged his life to Arthur, and homeward all did ride.

So Culhwch and companions went with speed to see the giant
With elation in their hearts and Mabon at their side.
They severed off the head of the oathbound Ysbaddaden,
And that was how good Culhwch won fair Olwen for his bride.

And that was how good Culhwch won fair Olwen for his bride.