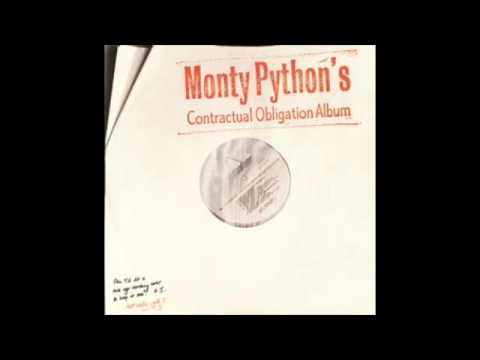 (Background music: Sportscast intro)
Newscaster: And right now it's time for athletics, and over to Brian
Goebells in Paris.
Goebells: Hello, well you join us here in Paris just a few minutes before the
start of today's big event: the final of the Men's-Being-Eaten-
By-A-Crocodile event. I'm standing now by the crocodile pit where-
AAAAAAHHHHH!

Newscaster: Ah. Well I'm afraid that we've lost Brian. While they're sorting
that out, we have a report from Barry Loathesome in Loughborough on
the British preparations for this most important event.
Loathesome: Here at Lughtborrow are the five young men chosen last week to be
eaten by a crocodile for Britain this summer. Obviously, the most
important part of the event is the opening 60 yard sprint towards
the crocs. And twenty-two year old Nottingham schoolteacher Gavin
Watterlow is rated by some not only the fastest but also the
tastiest British morsel since Barry Gordon got a bronze at
Helsinki. In charge of the team is Sergeant Major Harold Duke.
Duke: Aww, well, you not only got to get in that pit first, you gotta
get EATEN first. When you land in front of your croc, and 'e opens
his mouth, I wanna see you right in there. Rub your 'ead up
against 'is taste buds. And when those teeth bite into your flesh,
use the perches to thrust yourself DOWN his throat...
Loathesome: Duke's trained with every British team since 1928, and it's his
blend of gymnastic knowhow, reptilian expertise and culinary skill
that's turned many an un-appetizing novice into a crocodilic
banquet.
Duke: Well, our chefs have been experimenting for many years to find
a sauce most likely to tempt the crocodile. In the past, we've
concentrated on a fish based sauce, but this year, we are reverting
to a simple bernaise.
Loathesome: The British team are worried because Olympic regulations allow
only the competitor's heads to be sauced. Gavin Morolowe...
Morolowe: Yes, well, I mean, (clears throat) you know, four years ago,
everyone knew the Italians were coating the insides of their legs
with bolognaise, the Russians have been marinating themselves, One
of the Germans, Biolek, was caught actually putting, uh, remolarde
down his shorts. And the Finns were using tomato flavoured running
shoes. Uh, I think there should either be unrestricted garnishing,
or a single, Olympic standard mayonnaise.
Loathesome: Gavin, does it ever worry you that you're actually going to be
chewed up by a bloody great crocodile.
Morolowe: The only thing that worries me, Jim, is being the first one down
that gullet.
Loathesome: Well, the way things are going here at Loughborough, it looks as
though Britan could easily pick up a place in the first seven
hundred. But nothing's predictable in this tough, harsh, highly
competitive world where today's champion is tomorrow's crocodile
shit. And back to you, in the studio, Norman.