Counting on You Lyrics

Lyrics to Counting on You

Counting on You Video: 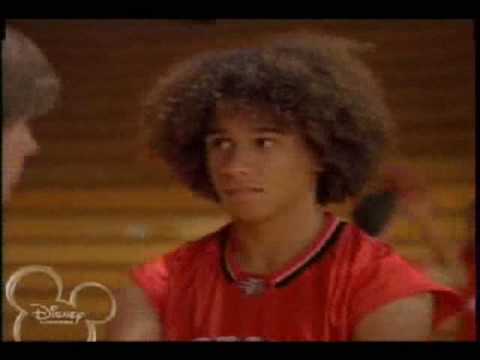 (spoken)
GABRIELLA: What history?
TROY: What legend?
CHAD: Spider Bill Natrine!
TAYLOR: Harriet Tubman!
ZEKE: Sammy Slamma Jamma Netletter!
MARTHA: Madame Curie!
JASON: Thunderclap Haphadden!
KRATNOFF: Eleanor Roosevelt!
CHAD: Do you think these wildcat legends became legends by worrying about some brainiac chick or auditioning for musicals?
TAYLOR: Do you think the paradigms of education and accomplishment concerned themselves with jocks or auditioning for musicals?
JOCKS/BRAINIACS: I don't think so!

(Jocks bring out Troy's dads his basketball picture. brainiacs bring out picture of Troy)
(spoken)
TROY: That's my dad!
GABRIELLA: That's Troy!
CHAD: Heartbreak Bolton, missed the last basket of the 1981 championships, do it for him Troy give him the championship he always dreamed of!
TAYLOR: Heartbreak Bolton, another lost cause, boneheaded, basketballus moranus jock, but you, your the future of civilization!

(sung)
JOCKS: Your next in the line your part of the chain and now that we can make it don't break it.
MARTHA: You're the heir apparent.
TAYLOR: That's what everyone says.
BRAINIACS: From Frida Kahlo, Indira Gandhi, Rosa Parks, Amelia Earhart, to Gabriella Montez...
JOCKS: Bolton, Bolton, Bolton!
JOCKS/BRAINIACS: Now the pressure is way up high which way are you gonna go you gonna sing a song or are you gonna be strong trade your fantasies in for the thing you know the destiny you've been handed the only thing that you can do don't let us down you gotta come through cause we're counting on you...

(spoken)
TROY: I thought you guys were my teammates? Win together lose together teammates?

(spoken)
GABRIELLA: What about what I want?

(sung)
JOCKS/BRAINIACS: We're counting on you...

(spoken)
TROY: What do you want from me?

(sung)
JOCKS/BRAINIACS: So don't let us down...

(spoken)
GABRIELLA: I thought you were my friends!