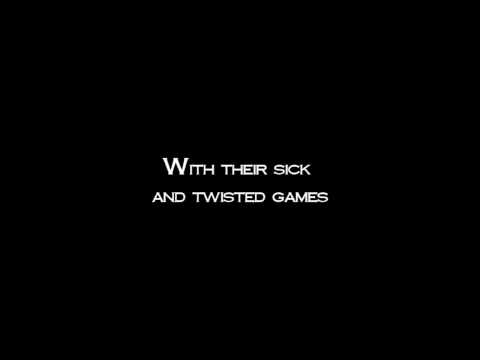 Face to face with my enemy...
What can I do? What should I say?
State my case or live in disgrace
And forever hang my head in shame? NO!

State to state, sea to shining sea
From every nation and every land
Standing up as citizens of the world
As a counteracting force against the...
Powers that be who will lie and deceive
Without a single ounce of shame
Unless we get in their face and publicy disgrace
For what they've done not in our name

WHAT IT'S ABOUT: Truth and justice
GET ON YOUR FEET! Rise up and start...
CALLING THEM OUT for their crimes against humanity
Stand up and fight for what you believe

For... the ones with a higher calling
Those... who question authority
Who... The ones with the courage to...
CONFRONT the criminals OF THIS WORLD

FOR... the messengers of the truth
THOSE... who challenge authority
WHO... the ones with the courage to...
CONFRONT... and never hang their head in shame

No justice, no peace
For the oppressed, for the betrayed
Leading the fight as we are shining the light on the crimes they won't escape
Now that long gone are the days where they keep getting away
With their sick and twisted games
Because now we know if we do nothing
Then nothing will change

So we stand up for those in honor's name