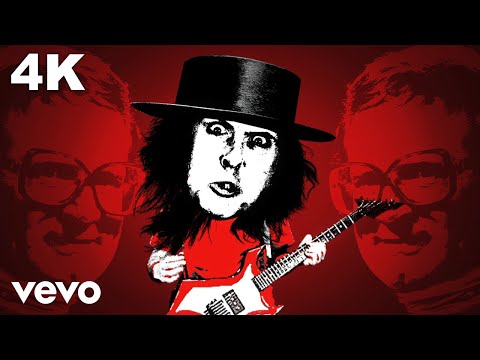 Charles Nelson Reilly was a mighty man
The kind of man you'd never disrespect
He stood eight feet tall, wore glasses, and had a third nipple on the back of his neck

He ate his own weight in coal, excreted diamonds everyday
He could throw you down a flight of stairs, but you still would love him anyway
Yeah, you know you'd love him anyway

Charles Nelson Reilly won the Tour de France with two flat tires and a missing chain
He trained a rattlesnake to do his laundry, I'm telling you the man was insane
He could rip out your beating heart, and show it to you before you died
Everyday he' make the host of Match Game give him a piggyback ride
Yeah, two hour piggyback ride, giddy up Gene

Ninja warrior, master of disguise
He could melt your brain with his laser-beam eyes, Oh yeah
Oh yeah
He had his own line at the DMV
He made sweet, sweet love to a manatee
Oh yeah
Oh yeah, that was something to see, I tell ya

Charles Nelson Reilly figured out cold fusion, but he never ever told a soul
I've seen the man unhinge his jaw, and swallow a Volkswagen whole
He'd bash your face in with a shovel if you didn't treat him like a star
You could spit at the wind, or tug at Superman's cape
But Lord knows you don't mess around with CNR
No, no, no
Talkin' about CNR