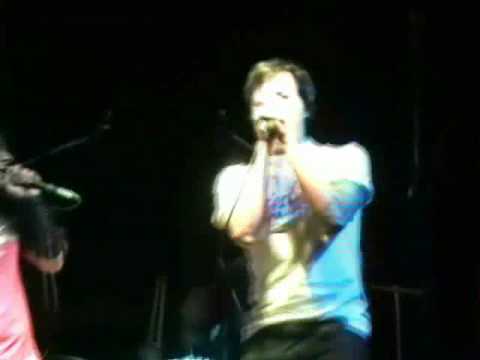 Aw.....I'm comin' through the fog,
Dressed in black
Knock Yo muthafuckin' head off
Bitch nigga stop playin' wit me

Spark it up make it happen, grab your piece
You deceased, fuckin' with me, oh it's pure beef
Tragedy, homicide, battle me out there,
Nothin' in between but air, bitch I don't play fair
I come through like an Amtrak, what'cha gone do?
Got a strap but it's on safety, mine ready to let loose,
I hit'cha spot, niggas scatter,
I ratta-tatta, whatever it don't matter,
Hollows come out like blat-blatta
I gotta shop across town, applied it so they doomed,
Soon as it hit Noon I'm blastin' off in the room,
First thing flinch I go boom,
With the sweeper I sweep like a broom,
Creep like the Grim Reaper leavin' everything wound
When the Moon come out, that's when the snakes come out,
The fakes go in, you got it, hide out in the drought,
You leave a gat open I'm squeezin' it 'cause I'm scopin', hopin'
I can catch a nigga with some birds just locin',
So I can uh-abuse the bitch,
Misuse the bitch, refuse me then his family gone lose the bitch
I'm colder than ice, I'm smoother than sand,
Baby Gangsta headbusta just a clean up man

B.G., Hot Boy, leave ya dick in the dirt,
Ride with Juvey, Lil' Wayne, and Turk,
Puttin' faces on shirts,
You know tuh-uh-together, we acts a ass,
Fifty shots, out each clip we blast,
Full of that trash, out the St. T,
We mash on the gas,
Hangin' out the window, hit the heat
Apply pressure to yo head nigga,
And little bullets take red from yo head nigga,
Should have watched your mouth and not said what you said nigga,
But uhn-uhn-uhn, now that nigga's dead, nigga
It's All On you,
If you got beef, would you freeze, ha nigga?
Grab the ass kicker and hit the enemy block nigga?
If you got beef would you squash it and eat it?
Make a nigga bleed, or think it's cool and now you eatin' it?
If you got beef would you try to sleep on it?
If it's with me you ain't thinkin' 'cause I'll creep homie,
If you got beef better squeeze trigga nigga,
Kill it no matter what even if it takes four beats nigga

I come hard enough, ya feelin' me?
Fa shiggedy,
Bitch niggas gone get they wiggadys splitti, splitti
You done pissed these niggas off from Chopper City,
In each and every K we tote, they got fifty,
So bring it on however you want to bring it on,
Yo block explode like a bomb,
I'm dangerous and armed,
The B.G. did it, I live til' I'm gone,
I'ma H.B., and gotta get my shine on,
So when the gangsta situation's starin' at you,
Nigga look the other way or do what'cha gotta do,
I'm quick to leave all the choices on you,
Gotta trigga happy clique ask questions after they shoot,
The people in blue can't even take the scene I leave,
If ten niggas on the block, then ten niggas I leave,
Now Frank Mignon got work for three weeks,
That's how the U.P.T. play it if we got beef,
I'm stompin' on dangerous grounds, K in my hand,
I ain't bout playin', call me the clean up man,
Call me the clean up man, on dangerous grounds with the K off in my hand.