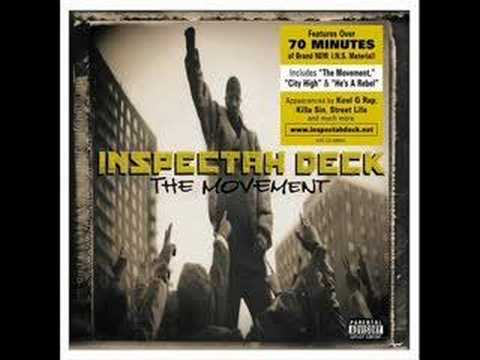 [Intro: Inspectah Deck (sample)]
(Everybody on the grind, son) 8 million stories in the naked city
(Everybody trying to eat) (It's always gonna be a struggle, in this hustle)

This is just one (Trying to bubble, trying to live this) Realize..

[Inspectah Deck]
We dance with the wolves, wrestle with the pitbulls
For fistfuls of dollars and cents, we empty pistols
Plotting out elaborate scams to get our hands on some
Lofts of land or maybe, thoughts of plans and they be
Forcing my hand to make me, off this man
I never claimed killer, I came iller stayed realer
Our chance grows, traveled the globe, fans applauded
But my heart still roaming the streets, they still calling
Boat names with cocaine dreams screaming "I own the game!"
I'm so stained Novacaine doesn't slow the pain
Lost so many I don't fear death, no tears left
Numbers of my years left, blessed to be here left
When they said "At fifteen he'll be already dead"
I'm here heavy head steady sipping Rémy Red
Wild fellow trying to keep my mind settled
Child of the ghetto, survived where nines echo

[Chorus: Inspectah Deck]
I'm just a city guy living fly getting high
Live it till I die getting by, whipping by
Stand solidified big times to different sides
Here's your ticket right, follow if you feel my vibe... (My vibe)

[Inspectah Deck]
Yo, we caped up, ten in the lab, weapons to blast
One with the city, fight for sections of land
Can't sleep till the check's in my hand
It's still a hustle, bare knuckle grind knee deep inside the struggle
I don't give a fuck about much but my beloved and such
'Cause nobody to trust but us
It's New York life, walk like what you talk like
Or you might get tossed right off the ninth floor
Every day is war, rhoaming through the wasteland
Focused, trying to make grands
Hammers poaking out the waistband
In this cash race, they can't stand the pace
I plan to make millions and marinate
Across town my Fam is straight
Cash rules, so naturally it had me
The temptress teasing me, I lust badly
She said "You want professional and records sold? Let it go"
And I replied "This is the only life I'll ever know..."

[Inspectah Deck]
Yeah, years later, hey I made it, no explaining how
Walking forward through the fire while it rain down
We claim Sex & Slang and aim weapons
But still trying to live the +Good Times+ like James Evans
And, we'll stick you for your shine
(Hustle) Nickel for a dime
(Trouble) This you're gonna find
(Muscle) If you wanna grind
(Struggle) Digits on the mind
(Couple) Figures for the crime
(Scuffle) Fists or with the nine
(Bubble) Living on the line (The line, the line...)