Lyrics to Cecelia & Her Selfhood 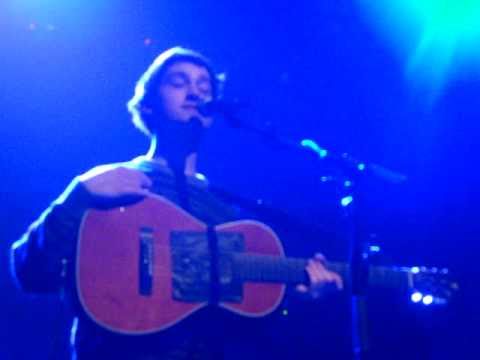 In the center of the city was a statue and her twin
And together they watched over everything
Oh, they saw me when I stumbled and they watched you help me stand
I'd swear Cecelia and her sister had it all planned

Then one morning I was walking, from my window to your door
Well I nearly hit the ground with what I saw
Cecelia had been broken, while her sister had been spared
And the vandals had scattered the pieces everywhere

And I knew it made me wonder what kind of twisted mind
Would ever hurt her, so thoughtless and unkind
But a monster so cruel can't be that hard to find

So I started wearing warpaint and I gathered all my friends
For Cecelia we'd be hunters 'till the end
She was built for a perfect picture, but she came to represent
Though I guess I never understood exactly what it meant

Oh I know Cecelia and her sister were just statues made of stone
But I still missed her and now her sister's all alone
No that just won't do!
So let's raid the vandal's homes

Now I'm thinking of the moment
When we can look them in the eye
And make them sorry, 'cause tonight they're gonna die
Yeah, we'll shoot them up dead!

Leave their bodies where they lie
Boys, won't we boys?
So now we're following the pieces of Cecelia to the door
Every shattered limb repeatedly reminding us of what we're searching for

And the sleepers have woken for now they have an aim
Yes they're quite aware of the cold hard fact that the city's loss could be their gain
They are dreaming of, the feeling of!
A trophy in their arms, a hero's welcome, claiming women with their charms

Oh I'm sorry if I hurt you, you know I swear I meant no harm
Oh baby
So the trail, it keeps on turning as we wonder through the streets
I keep looking at, the pieces of Cecelia at my feet

But the strangest thing occurs to me
When I stop to look around
Oh I'd swear we are returning to the center of the town!
Yes we're back here, where we started

Where Cecelia used to stand, but her sister looks different
Please, tell me boys, if you can?
Is that a smile on her face?
Is that a hammer in her hand?