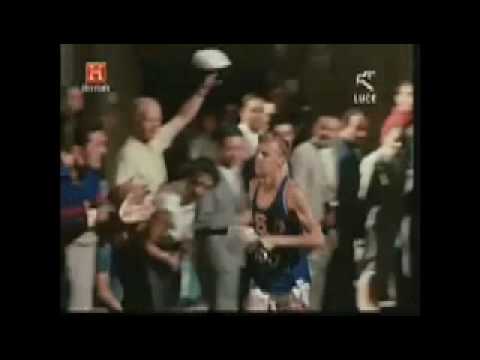 Chorus: Cassius Clay, / Never fought Sugar Ray / Eats food off a tray...(etc.) // Well, who is this man called Cassius Clay / do you even know what he is called today? / He's the man with the plan with the iron hand / no ear-biting Tyson could understand / the lightning speed with which his thunder fist / could pummel every member in the band Subsist / in three rounds he'd send 'em home / rope-a-doping suckers from here to Rome / Laying down the law was his daily task / he'd teach you his name by beating your ass / and when you're on the mat you'll say... // Chorus // Like Lou Alcinder became Kareem / Cassius Clay became Mohammed Ali / If I was cool I'd change my name, / but Tim Ali don't sound the same. / His punches feel like tanks / and when you're layed out you'll say thanks / because you are still alive, / but wait until round five / that is when you'll fall / he's got strength mechanical / and when you're out cold, you'll say // Chorus // he doesn't like ska / he doesn't like ska / that's why we wrote this part of the song / Cassius Clay, or is it Mohammed Ali? / Doesn't like Rock, Pop, Punk or Country / and he doesn't like ska... / Cassius Clay, the name is Cassius Clay / he doesn't even listen to Jamaican Reggae / and he doesn't worship Jah.. // Chorus