A Love Letter To You 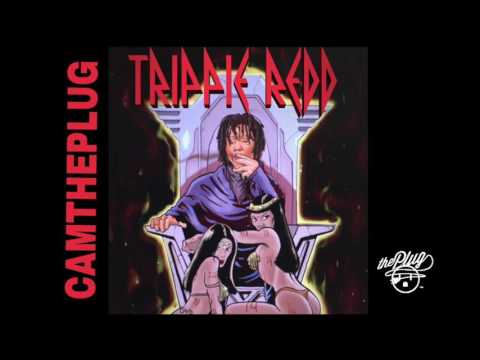 
Uh, ayy, uh, ayy, uh
Can you rap like me? huh
Uh, ayy, uh, ayy, uh
I gotta get my fresh paper boy
Optimistic, inflicted the premonition
My vision a place I visit while lifted
Moolah I get it get it, the life I live my decision
They told me to go and get it
I got it so now I'm winning
Revolution of fury, the lean got my vision blurry
Ballin' like Stephen Curry
Gold fangs in my mouth so purty
Trippie bring demolition and I ain't talking no derbies
Absorb your flow like I'm Kirby
The lies you tell will not hurt me
Try to reach for the stars if people don't get too far
They want all of the money, all the expensive cars
It's few people that ever make it but yet I still gotta go hard
A lot of artists that make it are evil, hearts black as tar, yeah
Ok and this for every rapper that had a shot at sending me
Your efforts ain't getting you anywhere in this industry
Lyrically demonically dominate your flow, endlessly
My venomous rhymes wine and dine on you mentally
Motivate the motivations, said got too much chemistry
Fatality, like Liu Kang told me to finish him
Even a hawk couldn't take this much intensity
I'm the bullet in the barrel in the gun that shot Kennedy
Mind is racing 'bout hating, contemplation with Haitians
Jamaicans, sitting on five g pacing
Back and forth, waiting and dating
You get the picture, don't take this
Boy this life is real, you couldn't fake this
Throw it up, regurgitation
Can't shit on me, you constipated
Is you mad 'cause we do this on a daily basis
Yeah, or is you mad 'cause we made it
Every day faded, we out here paper chasing bitch, ahh
Ayy, ahh, ayy, ahh, ayy
Can you rap like me? huh
Ayy, ahh, ayy, ahh, ayy, ahh
Can you rap like me?