Flight Of The Conchords 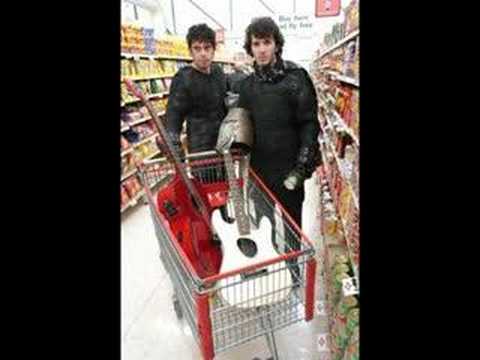 *Speaking* "G'day, my name's Tony. On behalf of myself and the coachline I'd like to thank you for choosing to drive with us today. I'm a local, I hope I can impart some local knowledge. If you've got any questions don't hesitate, just sing out. For those who are interested, there's the Old Bridge, swaying away. Replaced by the New Bridge in 1972. Funny thing, the Old Bridge used to be called the New Bridge. Yeah, bit of a funny thing. Up ahead there's the bronze of Bluey, a local sheepdog, who became a member of Regional Council. It was a bloody great day for dogs, not just here, but everywhere in the North Island. There's the town's oldest street. That's the Museum of Meat. There's the town's largest industry, that's the sock factory, hence the giant sock."

*Sings* The town hall
Note the mosaic wall
Well, there are 5,600 tiles on that wall
I know, I counted them all
The local school, the local swimming pool,
Which was opened by the Governor General,
Back in 1952
Where I was caught with a friend aged 11, sniffing tractor fuel
We thought we were pretty cool, breaking them changing shed rules

But do you see up there?
The banner hanging in the air?
The Presbyterian Fair
Well, I never go, there's too many Presbyterians there
But if you're interested, the fair's in the third weekend of August every year
But don't bother entering the raffle,
It's always won by some kid of the Mayor

Do you hear that sound?
The town clock, heard from anywhere in town,
Until 1960, it was a little place in Norway
We bought it for a hundred pounds
Rumor has it they sold it cheap because the chimes were too loud
But every time I hear that sound it makes me so proud

Look to your left, what a beautiful sight,
It's Paula, Paula Thompson, nee Paula Wright.
Look at her hair, it's still gorgeous, even now.
Flowing like the Womahonga River,
Which incidently, is to your right.
And it's the largest, in the area
In terms of volume.
Everybody, look at Paula, look at Paula Thompson
I always thought I'd marry Paula
But some things just don't work out that way
Well, that's the most important thing you'll learn on the tour today
That, and the fact there'll be a toliet break
At the information center near the manmade lake

*Speaking* "Yeah, I'll just ask you one favor, if you do see Paula in town later on that you don't mention the details of the tour. I'd appreciate that. Same goes for my wife, Gloria. You'll recognize her, she looks a hell of a lot like Paula, actually. She often gets mistaken for Paula, but, um, well, she's not Paula, that's for sure, no."

*Speaking* "Yeah, sorry about that. I always get a little bit emotional on the corner of Rutherford and Brown Streets. But, um, that is truly the end of the tour, so mind your step, yeah, good on you."