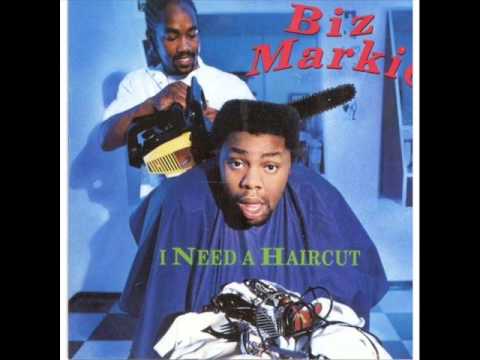 Hey I'd like to tell you a little story about my man named Dee Yo, even from when he was little he was like kinda on a tough tip Doin all that stuff But, I'ma tell you the way.. .. it should really go like.. .. the way he would say it now check this out When I was young, he always dreamed of bein rich But compared to then, that'd been a big switch Drivin big cars, wearin rings and ropes but man without a plan all he had was hopes So he sat down, and thought, what he wanted to be But it seems, no occupation had appeal to Dee He didn't wanna be a doctor, he don't like school It wasn't that he was dumb, he just thought he was too cool Cause all the moneymakers and the big-time crooks he never ever seen NONE of them carryin books He used to be on the block, do whatever they pleased Never had a nine to five, but STILl clocked G's Harold Reuben, Freewood Ave would make a man of them too And he thought, yeah that's the life, he wanna do like they do So he start to flip and cut class with the big boys Take other kids toys, cause he didn't dig noid He'd rather run the block and watch the hustlers play And he'll say, he wanna be just like that one day He used to run in the stores, steal cookies and candy bars Watchin the pimps roll by in they fancy cars But never did the thought even pass at the time, he 'posed to have his behind in class So when report cards came, all he received was a F jack And he got his neck smacked, for cold gettin left back But yet and still, he didn't care Cause to him, school's for the birds so he didn't belong there When he was only eight he hung out with the pros And he went, from stealin candy, to boostin clothes He used to dip out the class, go straight to the mall And he'll take, ANYTHING from anybody at all His neighbors used to ask his mother &quotBrown what's WRONG witcha child? He done ROBBED my damn house again, yo that kid is buck wild.." Yo, I don't know whassup, but he be BUGGIN word up Yo that yo.. I'm just sayin like this I don't whassup, but I think you will understand a little bit more of the situation I'ma say like he would say it, on this second part So just check this out aight? Just kick it one two three, go head, go head man, go head He was a crook -- at the age of nine Do whatever it took -- he'll ROB YOU BLIND Snatchin pocketbooks, robbin blind ol men way back WHEN.. when he was only ten Then when he was in 5th grade, he carried a switchblade Tried to stay rich to keep him and his bitch paid And if he ever had to travel somewhere far Take a bus? PSSH - HE'D GO STEAL HIM A CAR! He'd always choose to live his life the wild way Tag?! Russian Roulette is what he'll play His moms and pops told him when he first reached Junior High the way you live determine just how soon you die And he didn't care because to him it was fun and he was only THIRTEEN when he got his first gun He robbed stores and did stick-ups frequently Gave a new name to juvenile delinquency And yeah you know that, he, was on the go Seven days of the week, he kept his pockets full of dough But he was headed for a dead end fast Cold riskin his ass for petty cash that didn't last Went back and forth to jail six times for stolen cars and stick-up and various crimes So when he sit in his cell, he reminisce as a child it don't pay to do crime today, so don't be buck wild.. Ay that that that's a little bit of a lesson for all the kids out there you know now Yeah yeah yeah you know what I'm sayin And this is comin from The Grand High Exalted Mystic Ruler Ain't no one cooler In 7th grade I had a teacher named Mr. Dulah who used to wear his pants up to his chest And I want you to just listen cause.. this is no joke, so don't be buck wild..