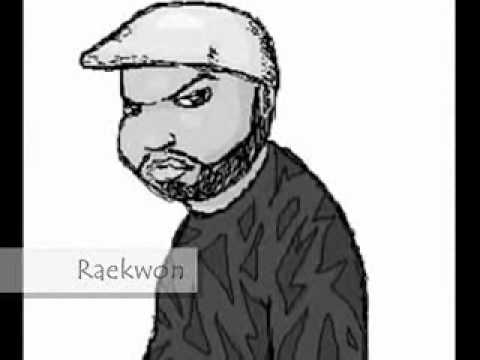 If what you say is true, the Shaolin and the Wu-Tang
could be dangerous
Do you think your Wu-Tang sword can defeat me?

Ghostface, catch the blast of a hype verse
My glock bursts, leave in a hearse, I did worse
I come rough, tough like an elephant tusk
Ya head rush, fly like Egyptian musk
Aw shit, Wu-Tang Clan spark the wicks an'
However, I master the trick just like Nixon
Causin terror, quick damage ya whole era
Hardrocks is locked the fuck up, or found shot
P.L.O. style, hazardous, cause I wreck this dangerous
I blow sparks like Waco, Texas

I watch my back like I'm locked down, hardcore
Hittin sound, watch me act bugged, and tear it down
A literate type asshole, songs goin gold, no doubt
and you watch a corny nigga fold
Yeah, they fake and all that
Carryin gats but yo, my Clan
Rollin like forty Macs
Now ya act convinced, I guess it makes sense
Wu-Tang, yo sewwwwwwwww, represent
I wait for one to act up
Now I got him backed up
Gun to his neck now, react what?
And that's one in the chamber
Wu-Tang banger, 36 styles of danger

I rip it hardcore, like porno-flick bitches
I roll with groups of ghetto bastards with biscuits
Check it, my method on the microphone's bangin
Wu-Tang slang'll leave your headpiece hangin
Bust this, I'm kickin like Segall, Out for Justice
The roughness, yes, the rudeness, ruckus
Redrum, I verbally assault with the tongue
Murder one, my style shot ya knot like a stun-gun
I'm hectic, I wreck it with the quickness
Set it on the microphone, and competition get blown
By this nasty ass nigga with my nigga, the RZA
Charged like a bull and got pull like a trigga
So bad, stabbin up the pad with the vocab, crab
I scream on ya ass like your dad, bring it on...

Yo, I'm more rugged than slaveman boots
New recruits, I'm fuckin' up MC troops
I break loops, and trample shit, while I stomp!
A mudhole in that ass, cause I'm straight out the swamp
Creepin up on site, now it's Fright Night
My Wu-Tang slang is mad fuckin' dangerous
And more deadly than the stroke of an axe
Choppin through ya back *swish*
Givin bystanders heart-attacks
Niggas try to flip, tell me who is him
I blow up his fuckin prism
Make it a vicious act of terrorism
You wanna bring it, so fuck it
Come on and bring the ruckus
And I provoke niggaz to kick buckets
I'm wettin CREAM, I ain't wettin fame
Who sellin gain, I'm givin out a deadly game
It's not the Russian it's the Wu-Tang crushin
Roulette, slip up and get fucked like Suzette
Bring da fuckin ruckus...