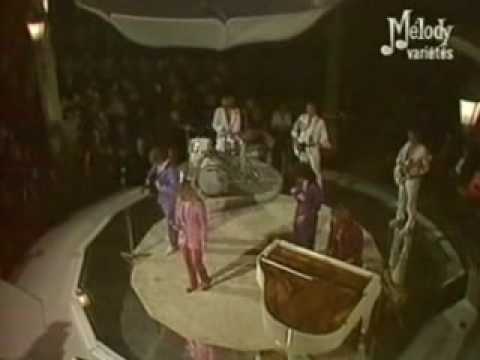 Well, along with our special feature of this Beach Boys' Christmas Album, once again I'm happy to see the smiling face of the leader of this popular group here in the studio, Brian Wilson. Good to see you again, Brian.

This Beach Boys' Christmas Album is really something. Ah, Dick Reynolds did the arrangements, I guess, huh?

Yes, he did. He did a beautiful job, a wonderful job.

Is this the first time you've worked with him?

Right. I'd been, uh, wanting to meet him and work with him for quite a long time.

Now who's idea was it to have you featured on this, uh, one particular tune--I, I was particularly impressed with it--A Blue Christmas.

Well, I... sort of picked out that song to sing for myself. I, I love the song and uh, I've always wanted to sing it, so I thought I'd sing it.

Well, maybe this will be the start of a whole new career, huh?

Well, let's leave it to the listeners to see what they think of it.

I notice this album has uh, ah, along with some of the popular things like, uh, I'll Be Home For Christmas, uh, Auld Lang Syne, and uh, um, We Three Kings and some of the traditional things, that you have a couple of your, your own, uh, Beach Boys type sounds in the LP, too.

Kind of a teen side and an adult side.

Uh-huh. Now, we have, uh, one of your originals coming up here, Brian. Uh, Christmas Day. You wrote this for the album specifically?

Uh-huh. And now, do you do your, the vocal arrangements, or did Dick Reynolds handle all of that?

Coming up now, ah, a very sentimental type Christmas song, particularly for those who are away from home during this time of year--I'll Be Home For Christmas. Any, ah, thing particular about this, this tune that you'd like to say, Brian?

Well, it's certainly been, uh, nice of you to take the time to come by again here for our special Beach Boys' Christmas show. You have a fine album here and, uh, I hope you'll be home for Christmas.

Well, I hope I will, too. I hope everyone's home for Christmas.

I do, too. Brian Wilson, thanks again for coming by.

Thank you very much, Jack.