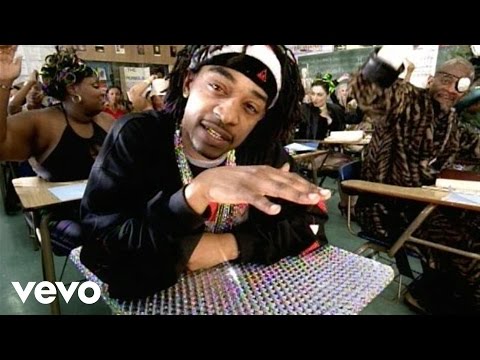 [Intro] Uh uh, Ali and Murphey Uh uh, School Boy with the College Boy And ah, and ah.. [Hook: Murphey + Ali] Ali and Murphey is.. bourgeois baby If it ain't ghetto.. it don't move me baby Got a lake, a pool.. and a jacuzzi baby But it's still McDonald's.. and a movie baby That's so crazy! [Ali] Check I'm at the bar, industry party, caviar Denim suits, superstar, Cigarello cigars Spittin bars to this footer in stilettoes She boughetto, that mean she bourgeois and ghetto Bourgeois cuz her shoes alone cost a grand Ghetto cuz she cuss too much and talk with her hands She say she don't fuck wit rap since Mase got saved But baby got back like mace got spray You know the bourgeois type, ass boombastic Mabelline queen, titties all plastic Niggaz front with they tank on empty They ask for e'rythang cuz the top off her Bentley I roll the truck slow, the gas; I ease on it I got a trailer on the back, four-wheeler with D's on it Got the leather with the G's on it, gangsta gangsta Gotta get it get it good and... [Hook: Murphey + Ali] [Hook 2: Ali + Murphey] If you got an expensive weave - That's boughetto! Spend six hundred on weed - That's boughetto! Benz while ya sittin on D's - That's boughetto! Tell em what's boughetto - Bourgeois and ghetto! [Murphey Lee] Yo Murph' is bourgeois - School boy; ghetto What more can I say? I'm boughetto Aiyyo I'm beautif-hetto, that's beautiful and ghetto I got plenty war stories, plenty hood medals Did alotta wrong with alotta good fellows But I got my shit together (Hello!) I took my hustlin ways from them scufflin days To eight million copies on my resume I moved right out the hood, cuz I don't like the hood I tell all my people to think twice in the hood The police; man they don't even lie Cuz they got Spud and Boone and 'Trelle up in Riker's And I just like what the money can get A little head e'ry now and then so honey can spit Chrome tips, a hundred an forty four of them shits And a big ass crib cuz... [Both Hooks] [Ali] A boughetto pimp loose and I know it cuz I come to party late, smellin like weed, no matter who throw it I'm in the curl cap, didn't get paid but done a rap Dem ain't Rolex diamonds - what the fuck you done to that?! Throwin trash out the Benz on the highway But the old school still spillin all in the driveway And if it stop, never a towtruck pull me home Fuckin I keep the socks, had the jewelry on I'm like a pimp in the 80's, a Reverend Run Preachin it to em, gassin em up like Chev-e-ron Got the D's the beeps and the televis-ion And my Sprint (Brrrrr..) like a boughetto telethon But I'm bourgeois forever cuz I got it to spend it Ghett-o, put rims on the car that I rented Trump money, but it's still the motel and Kyjuan And Slo and Nelly and... [Both Hooks] - 2X [Murphey + Ali] Ali and Murphey is.. Bourgeois baby.. Bourgeois baby.. Bourgeois baby.. Bourgeois baby.. Ali and Murphey is.. bourgeois baby That's boughetto.. bourgeois baby That's boughetto.. bourgeois baby That's boughetto.. bourgeois and ghetto...