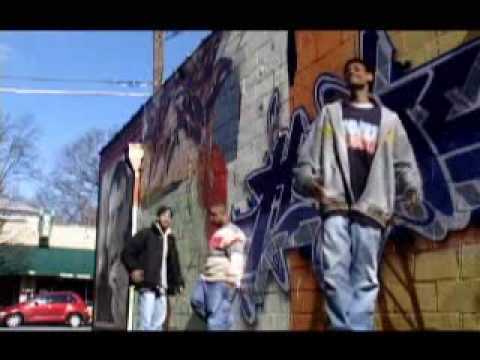 [SL One]
Everyday we all face hardships and stressful situations
We all have our individual ways of releasing this anger
Some people smoke, some people drink
Some people do evil things
Vintage Imperial releases our stress
Through the microphones and beats

[SL One]
I was misled as a child into thinkin this world was a great place
Until the truth came along to smack me in the face
Like most I didn't roll with the father figure
But I figure one day I'll become a father and work harded
So my child will never have to, ah you know the rest
Until then I gotta get the stress off my chest
Most of the time I act as if I don't care
But I usualy daydream to counter my nightmares
And I swear, I'ma make the most of my life
Even if I have to do a little bad to do right
Cause at the end of the day it really doesn't matter
If you do a little bad tryin to climb up the ladder
As long as you make it, sometimes I just take shit
But don't ever mistake this for anything more than it is
I'm just tryin to handle my biz and eventually get rich
Cause when you don't have shit nobody likes you
No friends, no girls, when you reach they spite you
Despite that, I'll forever fight back
Dismiss the wack and keep my shit in tack
It's been a long road, along the way I've climbed mountains
Proove to myself and those that keep doubting
That I'm the best, I've passed any test
Seem they never rest, gotta delete the stress

[Kid Kaos]
The boiling point when you had all that you can take
Nobody's great and we all make mistakes
Some people don't know what's right or wrong
But life goes on, so we write these songs

[SL One]
Yo, I'm at the boiling point, about to explode
Cause the weight of the world can become a heavy load
And no one knows my pain and stress
We release through the music all of y'all digest

[Kid Kaos]
As a child people said I was strange, not an average kid
I maintain the complexity of my passages
People live life like they stuck underground
While I look around to see if answers can be found
Answers to questions that seem to mislead
Now I eat all the letters in belief
Before my own three eyes I stand on my feet
But I feel guilty when I feast and some people don't eat
I don't sleep, I barely press my eyes
Lies are told by those supposed to be wise
Intelectuals are idiots in disguise
It's just a bit of how long it takes you to realize
Why am I consumed with the facts of the past?
Some will wonder why I even take time to ask
I laugh and when I stop to consider it
I deserve no better, I'm stuck with the wickedness
The 2000 summer made me wonder
Why complain about the rain if you're defeated by the thunder?
You can't believe everything that you're told
So I'm rappin, watchin miraculous happen as unfold
Life is an appeal battle, that's a bet
Take a tip off a can and see what you get
No one's perfect, but I'm callin that bluff
I say no one's perfect, cause we don't try hard enuff

[SL One]
I'm at the boiling point, about to explode
Cause the weight of the world can become a heavy load
No one knows my pain and stress
We release through the music that you all digest

[Kid Kaos]
The boiling point when you had all that you can take
Nobody's great and we all make mistakes
Some people don't know what's right or wrong
But life goes on, so we write these songs

Life goes on, so we write these songs