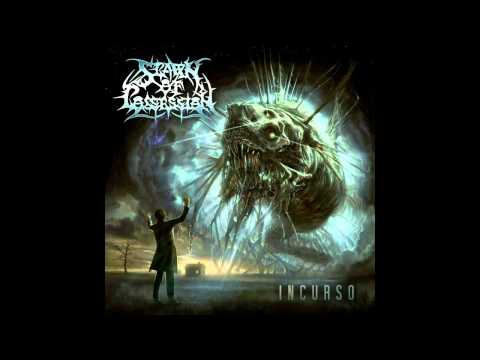 Ran off with a strong conviction that what he had seen was real and not
imagination
He knew it, he felt it, all those pigs in white scrubs tried to fuck his mind

Locked away since that delirious day but now free by choice to once again
Rattle the forbidden cage, deep in those treacherous woods he found it
A spot on the ground, marked with the three pebble stones he once found
He should've walked away instead he ferociously began to dig deep

Clawing through the dirt and roots, unfed desire, a resurrection at last shall
spire
With nervously chewed down finger nails, kept on delving further down
What he finally found was breathing still, breath of the

Deformed beyond reason, he gently pulled it out of its hole
Lips touched, tongues played, time to do what had remained unique

Closed his eyes and let the jerking motion cut to finally remove the weakness
His head fell off yet still alive, his headless body replaced it fast

Slowly he worked with a needle and thread to carefully secure the head
Connected they fused very well, the stitches healed so nicely
This body now wanders around slightly confused but with knowledge like few
Under the three pebble stones, grave of the head is now empty