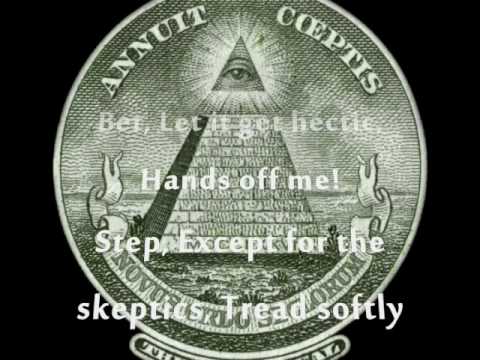 
Ladies and gentlemen let's put our hands together for the astonishing
H to the izz-O, V to the izz-A

[Jay-Z]
Welcome ladies and gentlemen to the 8th wonder of the world
The flow of the century, oh it's timeless, HOV'!
Thanks for comin' out tonight
You could've been anywhere in the world, but you're here with me
I appreciate that, uhh

*The song changes to: The Jackson Five - I Want You back*

*The song changes to: The Doors - Five to One*

[Kanye West talking]
Yo this song right here, I remember I used to play
This sample for people before I hooked up
And I used to tell people "you know, this, this gon' be like The Truth
But it's gon' better than The Truth", and to all my niggaz, my nigga ??? said:
"I mean ask these but it ain't no Truth, that ain't no Truth right there!"
And he was all like, the Takeover

[Jim Morrison]
Five to one, baby, one in five
No one here, gets, out alive, now
You'll get yours, baby, I'll get mine
Gonna make it, baby, if we try

The old get old, and the young get stronger
May take a week, and it may take longer
They got the guns, but we got the numbers
Gonna win, yeah we're, takin' over
Come on!

*The song changes to: Jay-Z - Takeover*

The takeover, the break's over nigga
God MC, me, Jay-Hova
Hey lil' soldier you ain't ready for war
R.O.C.'s too strong for y'all

[Jay-Z]
Uh, uh, listen
First the Fat Boys break up, now every day I wake up
Somebody got a problem with Hov'
What's up y'all niggaz all fed up cause I got a little cheddar
and my records movin' out the store

*The song changes to: Bobby "Blue" Bland - Ain't no Love in the Heart of the City*