Blows to the Temple Lyrics

Lyrics to Blows to the Temple

Blows to the Temple Video: 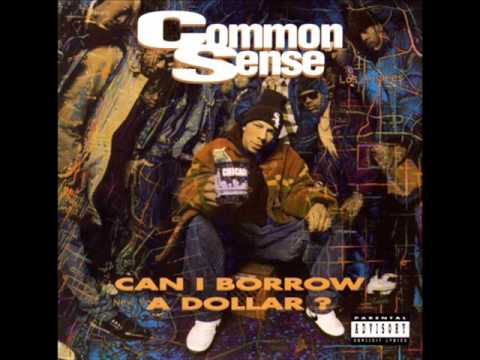 Check it
We can go, toe to toe, with the blows to the temple (NOT)
Not the Temple of Doom, so make room
for the Unamerican Caravan (who you down with?)
The B-Boys, Immenslope, Twilite Tone, Derrick and then some
I don't get rid of some faces
while marks be lookin hard, and they be beggin bases
They have too many cases, and now they got courage
Sorta like Goldilocks, tryin to take Pop's porridge
But I got, the story straight
Plus the name, I got rep, don't dare sleep
Slept and got, crept
An AC/DC spider went up the wall we mount
Now came down the Common the Common Sense, and now the spider out
(BOOM) A blackout, power failure
I ain't the Burger King, but I got a whale of blows
uppercuts jabs hits and hey niggaz
Cause I'm weird they call me Lemonhead, but I'm a Jawbreaker
and I break a Bean, but I'm not from Boston
I'm stronger, and faster, than Steve Austin
Common'll keep the camera movin -- I'm kinda fast!
I'm from a town called FRESH OFF A NIGGAZ ASS
And I'm about to go on like Stephanie Mills
YOU MUST be poppin pills, tryin to step to me
Cause to the left of me, WE got the U-A-C (whattup)
And comin up to the right of me, WE got the U-A-C (come on)
And in back of me, yo WE got the U-A-C
And in front of me (BAW!) is a dead man G!
We hit em hard!

Kick it
A duck tried to buck, but the vic got vicked
so I picked him, he's another victim of a circumstance
He did a dance like Ali (SAY WHAT?)
But he floated like a waterfly and stung like a C
Ya see, I ain't out here, tryin to be a bully
Nor am I pretendin to be a two-shoes goodie
(WORD IS BOND) that I got big balls homes
And if a player try to press me, I gotta break the zone
Here to stage a, OOH SHIT, up in the sky
You better watch out, I'm tellin you why
Common Sense is breaking, marks down, ah-follow-me-now
Yo Common Sense is breaking, marks down
Uhh, check it, check it, check it
I huff and I puff and I blow (WHAT?)
the motherfuckin house down, I guess you didn't know!
Homeskillet, WHERE YA BEEN? Are you the boy in the plastic bubble?
Ooh you in trouble!
A tisket a tasket, you're gonna get your ass kicked
You better know what's in my jacket, fuck the basket
Oh, God damn CHILD, I mean it's drastic
You end up on a stretched cause I stretch you like Plastikman
Fuck with me (&quotyou end up the in the cas-ket")
You flow ass pussy nigga, sucker duck bastard
(Yo Common calm down, you gots to calm down!)
This Grape tried to step to me, with his arms down
Lesson number one - when you're ready to throw
never step up talkin - that's like tryin to pitch, but you're balkin
And I'ma steal first, hide the base, but you base
You can call me Pencil Petey cause the marks I ERASE
In case of emergency, it's urgent see, that you see a doctor
You tried to Gamble, but I'm the Proctor
I knock that ass, bringin it down and then slash
Tried to play me with a skit, but now you got a gash
you character, for ya inherit a, neck brace
Makin ya thousand deaths times worser than a Screwface
But they call me Screwneck and I do wreck shit
So next time he push up in the jam, BOY YOU BETTER EXIT

Blood clot boy, you get bucked, tryin to fuck with the
Mario, Super Super Brothers like Mario
Here the Common, sucker clucks (what we do?)
Mission upon the loves, gettin kisses, and hugs
but then we runnin to a scrub that tried to bug
He's out to get some what they call em stunts because we bunt
(WHAT?) But I don't bug, I just slide her, and hit her
Some be rumpy chump, with the chat chat chitter
Yo we did her but I betcha know I'm better on it
Now you got a 100 percent beef, it's just a beatdown
(UH UH AHH!) Too late to try to be down
Brother your best bet, is to cover your eyes, like Dee Brown
(Cause it's a bum bum bum, bum-rush)
And if I ask who popped shit, the Caravan gotta bus
Sing it (&quoton that defense")
But our bumrush is well done, not medium rare
It's rare to see, an enemy within play
True indeed a lot of shit, is over he say she say
Me say, Warriors come out and play
And I'ma tear shit up and leave it like the day, after
And after we go around, and you hit the ground
then you know I'm down with the Blows to the Temple