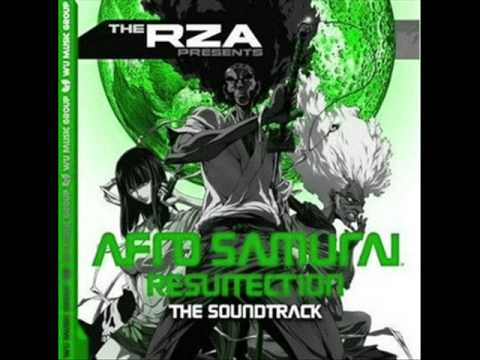 [Crisis:]
Yeah, I'm like daredevils, I dare devils to take it to that level
Make 'em dig they own grave, with they own shovels
Sharpshooter drop helicopters, black out shadows
Cause when it's time to ride, it's like pedal to the metal
Full fledged, beat suicidal, leave holes with skull heads
Hit your cult for your vote, leave 'em all dead
And some, Knights like games, plus handsome
Hoes hold me ransom, you mad and throw tantrums
Seven braids like Samson, strength of Jobe
Since these niggas wanna trip, I make it all unfold
Didn't choose the genie, didn't choose the leprechaun
Niggas better watch the grapes, like they stepping on
Thinking it's a game, I rose him, now your ass is frozen
Nuclear explosion, we straight West Coasting

[Thea Van Seijen:]
I was born as a soldier, and I'll fight in a field
I'll run like a hunter, and I'll die in the field

[Rugged Monk:]
The street apostle with Roscoe's, that'll burn flesh off your fossil
Make you suck on that nozzle, 'fore you swallow these hollows
Clutching a bottle, yeah, I'm a hard act to follow
Nigga, I don't write raps, little homey, I write novels
Every chapter I capture, the mind of millions
When I slang raps like crack, to the women and children
Bring down the building, crime wars, oh what a feeling
Feels good like I'm puffing on that sticky chameleon
The street villain, made most of his money from drug dealing
It's rules to the game, trust nobody that's squealing
Cause snitching is a pet peeve, like a bitch with a bad weave
It's not honor amongst thieves, nigga deal with greed
I'm from a breed of real killas, that's cutthroat
That'll front you to work and kill you if a buck short
Bloodsport, flick you like the butt of my Newport
Or with the butt of my gun, take that, nigga, run

[Dexter Wiggles:]
I come to stop the hollering and screaming, blaow
Stop screaming, make a nigga wish he still dreaming
Since appearing against a ninja, taught him barbarianism
South Central mentalism, like the local news on the local high school
For all this realism, don't let all the whites go there
Cause all the whites'll go there, have 'em all braiding they hair
And having tattoos, and street numbers instead of good grades from school
It's like ridicule, and what would Jesus do?
If he was standing at apartment, he was beeping with that dizzle
Like a hole ain't enough to end all ridicule
But a ho'll get real holy enough to preach and end you

[sample:]
If you win, I'll tell you where to find the number two
If I win, I have your head
Do we have a deal?