Lyrics to Blood For Oil 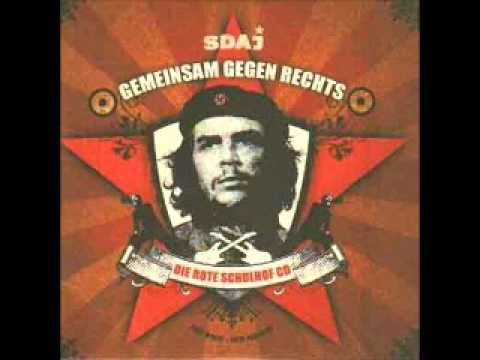 Saddam was a friend, a good pro Western man
When he gassed the Kurds and the teenagers of Iran
Yankee, French and Soviet arms to order
And a British supergun stopped at the Turkish border
â??Yeah, we'll give you the recipe for hell....
Just keep your hands off Texaco and Shell..'
Blood for oil (x4)

And when he marched into Kuwait what did the papers say?
Did they talk about the arms dealers who helped him on his way?
No, he's the Hitler of Baghdad, that's why we're off to war
But just like Hitler, he was Hitler all those years before
When the West put him in power
And business kept him in power...

A German chemical firm called IG Farben
Still trading, renamed Bayer Leverkusen
Made Zyklon B to exterminate the Jews
And lots of shit that Saddam liked to use
Now profiteers and hypocrites combine
And half the world is in the firing line....
Blood for oil (x4)