Lyrics to Bigger Than Life 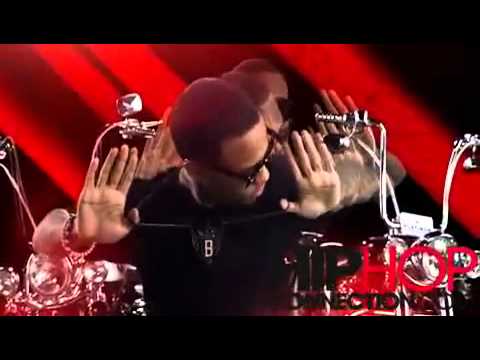 Look around, is this where you wanna be? (Yeah)
This shit bigger than life and don't gotta play around no, no, no, no
And when the sun comes up we gonna be alright

Uh, the city love me every night
And you're waving to the fans it ain't hard to decide
She know we fly, she pick a flight in no time
I'll be by my own business, why you busy minding mine?
You was on my level we both came from the ghetto
And later were separated, we hate it, I'm glad you made it
When your mountain top they say there's no where to go but down
But I'll be chillin' just look around
Perpendicular momma be straight forever
Her crib about an hour, now she an out-of-towner
Predicted it be better we change we change the game like quarters
Two dimes together they high five until whatever
I can mention your name but I rather keep it clever
YMCMB I tell ya every letter
She just wanna chill with a star feel
Special no stressing no pressure, I'll bless you

Yeah, money on the grind, money on my mind
Do it big time; Junior head line
Big money nigga, hustle hundreds nigga
Old school nigga, hundred mill nigga
Chandelier lights, persian on the rug
Roberta for the bitch, nine for the plug
Counter hundred G's, fifty on the piece
Cooking up some keys, flip it with some B's
Yeah, everyday the same grind
Up late nights nigga tryna flip mine
Born to shine, plaques on every shelf
Blind any whether nigga with the Smith and Wess (BLAAAT)
Million on the whip nigga (sheeit)
Gucci bag full of chips nigga
Yeah and I got this game off the flow
Movin' bricks on the low, hundred G's full of throne
Yeah, Uptown off the mound nigga
Shredded down put it down, put it in every town nigga (high life)
Big money stay poppin'
Uptown real nigga

Uh, smoking on the good
Killing these hoes like Blair Underwood
Dreads on the wind, blowin' like a ribbon
Getting money like a bitch - umm, Robin Givens
God is my chauffeur take to my destiny
White girl, black girl, I call that referee
I'm differently alive, bullshit aside
Red flag in my pocket, I called it bullseye
I ain't never gave fuck about another motherfucker
Every night that I pray to god that I don't kill a undercover
Word to my mother, give the world to my mother
I swear when my momma dies, that's when I'mma die
Fuck bitches get money, Young Money go hard
Skate hard, big B's no honey
Got that drop top Maybach, smelling like payback
Payback, uh

This is we I'm
Look around, is this where you wanna be?
This shit bigger than life and we ain't gotta play around
And when the sun comes up we gonna be alright
Speak up on it baby I'mma get it alright
Cause I want you to know
Stacks on deck; sun do shine, nigga
I am my brother's keeper BLAAAT