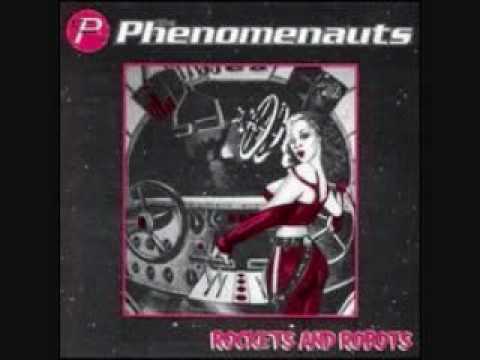 Into the Space Port Delta flew the Phenomenauts one fine day. They didn't talk to anyone; they had nothing to say. Nobody asked their business, nobody gave them lip, because those handsome strangers had the big irons on their hips.

The third moon was just rising when they set their spaceship down. They couldn't rock in deep space because there was no sound. They were playing some space foosball when Joebot made a slip. It's mighty hard to play with a big iron on your hip.

â??We're here to rock your socks off, not put you in your beds, and when the show is over we'll take on Neptune Ted!â?

Orbit started barking and we knew he was around. Neptune Ted was angry; he wanted a showdown. He beat the Foos-O-Matic with the built in high speed chip and promptly destroyed it. That's not good sportsmanship. Our heroes grabbed the handles and so began the fight. Neptune Ted was spinning, and spinning just ain't right.

But even with his cheating, the score was 8 to zip. Ted pulled out his blaster and emptied out his clip. The shots went BangZoomZip and â??Fâ? for marksmanship. So drew the four and shot the spore and loaded up our ship.