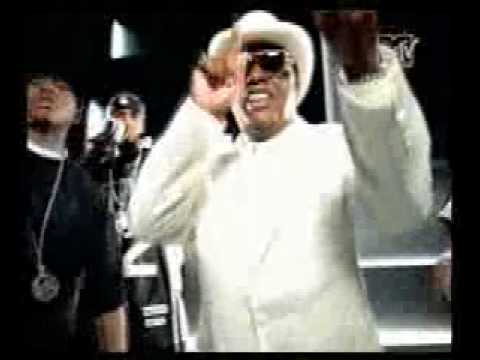 
[Verse 1: Jadakiss]
Fuck the six and the seven, I'm a put big dubs on a grey eight
Hold ya wrists when you squeeze, the slugs'll stay sraightened
Can I get a witness (yeeah), Swizz Beatz "The Monster", Kiss, Mr. Biggs (huh)
It's big business (uh)
Nigga, this is our show
Twenty two master bedrooms in the crib, the garage like the car show
Not only am I real, I think (uh huh)
But I still jab a nigga with the left and won't spill my drink (take that)
The Courvoisier got me clashes
Honey all over me like ashes, blowing that green molasses (uh)
And dealing with D-Block (yeeah) and Full Surface
And ain't no payment plans, it's full purpose

[Verse 2: Jadakiss]
A yo, I'm dealing with this mami from Quebec
When she fly in, I pull a boat out and we go scummy on the deck
Shooting at the stars, Tommy and the Tek (come on)
Soon as the Dutch finish, you can find me on the neck (yeeah)
No foreplay (uh uh), busting a pound raise me
Middle of the ocean, busting her down crazy
You know me, I ain't on no star shit, I just came to hurt the market (who
else)
Then squirt the Larkin (yeeah)
Put your hands up, matter of fact, put your man up
Put your medina's and your lambs up, your (uh) grams up
Talking about bucking each other, probably fucking each other
D-Block dawg, we stuck with each other

[Verse 3: Jadakiss]
A yo, Full Surface, Swizz Beatz is in front of him (uh)
Got a lot of problems but money ain't one of them (uh uh)
V12's and up, that's our ammo
Tell me what you know about a jet (huh) ski limo (uh)
Waterproof knock (uh) in it, ain't no stoppin (yeeah) it
Automatic respect whenever D-Block's in it
Or we can take it to the avenue too
and bring the Porsche GT out, lavender blue (uh)
Shit change, Kiss came and it's all extortion
Everybody eat except for smaller portions
For real though, behave yourself on some grown shit
It ain't enough room dawg, I'm on my own hit