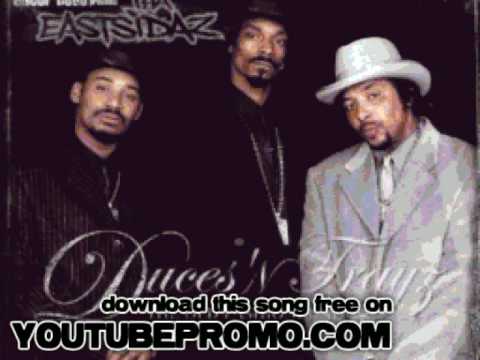 [Intro: Xzibit]
Yeah, yeah, yeah, yeah, what
Snoop double, D O G, what, mr. X to the Z, yeah, and Kurupt
The kingpin, DoggHouse Records takin over the shit in the '99
What, yeah, uh huh, yeah, bangin on you, huh
It's the big bang theory, yeah, check it out, bring it, yo

[Kurupt]
Chest plates hit with gauges, sawed off, hauled off
Blast wit somethin and I breaks all the walls off
Fuck it, tie my flag around my mouth
Blue rag on my face, blue rag in my left pocket
Pistols screamin, unleashin pure fury
Smash, snatch the pockets and all the jewelry
Glass shattering, blastin, niggas scatterin
Scat, takin three to four to the back
I'm back motherfucker, live broadcast
Show my face, with my rag on, let me throw my hood in the air
Let me put 'bout two in the air
Let me show these motherfuckers that I don't care
It's a symphony composed of killers and armed forces
Livin for whatever it cost's, crimb bosses

[Pinky]
It's goin down by the year 2 G
I'm goin be flyin through the hood, duckin, dodgin the heat
My niggas watch the street, be it rain, snow, or sleet
Us niggas gon eat, makin troops we creep
Losin the jeep, runnin on feet, survivin off the land money and
Gun in hand, operation quicksand
Aint tryin ta put the mark of the beast on my hand
I had to bless the head of a military man
Jumped into the back of the 4 door sedan
All up in the trunk was the hidden contraband
Fuck a middleman, my pistols aim directly from Iran
Looking from a third eye, I spot the hidden cam
I know what you look like, I know how you think
I'm the type of bitch to pop a pill up in your drink

[CPO]
Bitch, fuck that, you bring fat rag, here's cheese
You work your fuckin employees
You know you get all excited like that
Stack it through them hoodlum back, cuz I like it like that, bitch
I kill drama, shit get action packed
When I jump out the black stealth bomber
Cuz it's bout, you know, I want the fuckin mansion pad
To heal that bitch sittin on
So don't waste the fuckin cheese that you earn
Rotate the fuckin weed that you burn
Don't fuck with Bossy off the glam,
Rollin crack , blow blocks in half

[Tray Deee]
We rides on visitors and takes no prisoners
Handles all business and pay off the comissioner
Big time crime figure niggas gettin riches
20 inches whippin all we givin hittin switches
Twistin flippin chickens stickin victims if they slippin
Trippin, on the mission and my trigga finga itchin
Positioned at your dome, one twitch and it's on
No remorse or second thoughts once the clip and the chrome
This is the zone, weak niggas covers get blown
Stoned killers and gorillas want whatever you want
Shake spots with bank nots, keep the thang cocked
And leave motherfuckers stripped to tank tops
We the gang, it's our thang to mash and maintain
Gangbang slang came and aint gon change
All out till we fall out, fuck the world
DoggHouse style with the chucks and curls