Been Through It All Lyrics

Lyrics to Been Through It All

Been Through It All Video: 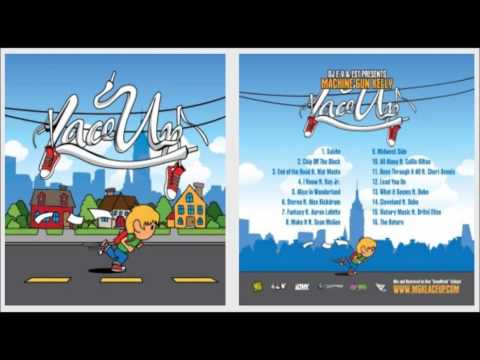 I've been through it all, crazy, because I never thought I'd say that,
The cost to be the boss, I never thought I'd pay that,
Into the top without the friends I had since way back,
Near death experiences is watching my life play back,
Damn, and I have never sold a brick, but I could show you where to get it,
And I can show you how to pimp,
My whole life has been a hustle since momma bounced on her kid,
I am never scared of drama, I was born up in the shit
'Cause it was once upon a time, muh fucker
We were fine, I was just a little snobby motherfucker
Then it changed now these people want to rob me, muh fucker
... like get a job, muh fucker, yeah.

So I did that, was with that, so I quit that
Told them about my dreams and they laughed but I spit that
Fire, I couldn't deny... so the quiet...
Shut it up... and still I won't forget that, fuck you all
And I won't put that behind me, even though I left the past,
And I'm still the kid now, even though I left the class,
I'm on and they took everything from A to Z to do it,
So everything I'm talking I've been doing.

In April I was born, at fourteen I was a felon
By eighteen I had been to more funerals than a reverend
And right when I felt like I'd give it up look what they sent me
My beautiful baby girl straight out of heaven and I love you girl
But even though It was never part of the plan and people doubted me because of who I am
I hope they understand that at nineteen with the world in my hands
I stepped up and handled that shit like a man
I've been hopeless, I've been broke, done every drug cept' for coke
Id done fought for my life, been jumped, shot at and more
I've been rich and I've been poor
I had to steal from the store
On nights there wasn't shit to eat and see my best friends go down
So what the fuck you could possibly say to me
The verdict is I'm the truth
You could thank today's jury
If you want to judge you come walk a mile in my chucks
But the road sucks better lace up, ugck

Ok, I've been made out to be a monster
But The only thing aggressive about me is the will that I have to conquer
I Told them I was the best, and they doubted but no longer
Out of all the starving artists they can heal my heart
And if that's wrong and I don't wanna be right
I'm always dreamin' so I'm gone in the night
And now it's reality, I'm calling home like I'll be gone on this flight
But how can I contact the place that doesn't exist in my life, home
I guess that I'll just be alone for the ride and
Live vicariously through another's eyes
Adding onto the list of the lies
So my girl doesn't trust me for shit
Probably' cause after my mama left me I ain't trusted a chick
And my father drownin his problems with the bottle
Wanna play in my eyes 'cause tomorrow... and it's show
And I just lost one of my best friends to the pen So I don't want to lose... I've been doin'

[Chorus:]
And if you ever had a dream don't be scared to chase that shit
You can have whatever you want in this life
Don't let anyone tell you different
And... to my fans achieve my dream.